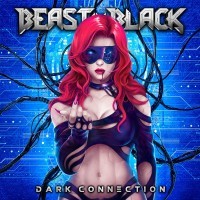 If you've got a sweet tooth the size of Olympus Mons and you don't mind if the ratio of "cyber" to "punk" winds up seriously off balance, then get ready to catch your Dark Connection with Beast In Black. For album #3, the funk-fueled Finnish fivesome warps from medieval grimdark fantasy to a world of underground discos that embraces the past and the future at the same time. At the CopaKabanen (the hottest spot north of the Tyrell Corporation), hellacious screams bounce off diamond-studded synth blasts, the replicants swing to thudding hard rock riffs, and you'll want to groove so intensely that your cyberbrain will snap out of its casing. Even Rutger Hauer at his craggiest can look as bright and sexy as a pink neon billboard when he's backed by synthesizers that are audible from space. 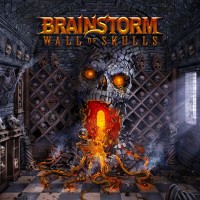 With a title like Wall Of Skulls, you really have to come out swinging, and that's exactly what Brainstorm does: Andy B. Franck’s mid-range bellows push with stout sonic muscle, acting as a firm commanding presence that balances the speed- and impact-oriented instrumentation, and with each song he unleashes another pure-steel chorus. Contemporaries like Jag Panzer and Primal Fear provide easy comparisons in terms of sound and weight, but it’s hard to find an apt name to drop when it’s time to address the solid streak that Brainstorm has been on for 20+ years now. Wall Of Skulls is yet one more strong album of heavy/thrash anthems delivered with the fire and fury of one of the style’s longest-standing adherents. 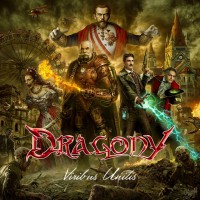 January seems to be that time of year when the batsh*t crazy power metal albums come out. In 2020 we had Victorius’s Space Ninjas From Hell. For 2021 we have Dragony taking up that mantle with an absolutely insane concept story that mixes steampunk with alternate history and (of course) zombies. And while this story might the biggest eye-catcher of the album, it has to be said that it is supported by the band with a robust and efficient sound. The result is an album that’s easy to listen to, unpretentious, and just plain fun. This all combined makes Viribus Unitis a unique offering among this year’s power metal output. 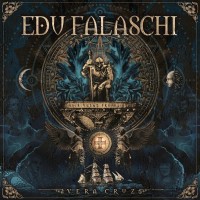 It was a little strange that Edu Falaschi's first batch of releases after leaving Angra was an extended series of Angra covers and a few of Almah, of whom he remains the vocalist, but that was merely foreshadowing for his emergence as a true solo artist with Vera Cruz. Vera Cruz is an hour-long concept album inspired by the Portuguese discovery and colonization of Brazil, which explorers initially dubbed Ilha de Vera Cruz ("Island of the True Cross"), and though it is still very reminiscent of Falaschi's best Angra material, this time it's evolution rather than retread. Guitarists Diogo Mafra and Roberto Barros shred with more gusto than ever, unafraid to put a Rhapsody-reminiscent stamp on Falaschi's first self-titled bout with original material, and Falaschi himself sings with the right amount of charisma and delicacy to move between acoustic ballads and powerful speed metal. Rather than covering Angra, Edu Falaschi has made clear that he can be a whole new Angra unto himself - and maybe even more. 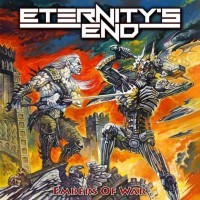 If you want some power metal with epic shredding goodness, you usually can’t go wrong with Eternity's End’s offerings. This year’s Embers Of War is no different, for it is another example of Eternity's End’s consistency in putting out worthwhile releases. Embers Of War is an album filled with tons and tons of energy. In fact, energy drinks wished they could bottle so much energy into one package. On top of that, there’s the impressive riff work, great pacing, and catchy choruses. It really is the kind of album that knows exactly how to keep the attention of its listener and offers a complete and streamlined experience. 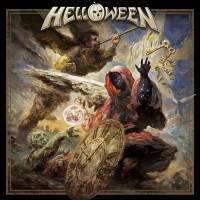 The Keeper kept us waiting a lifetime to hear Michael Kiske and Kai Hansen singing on another Helloween album, but after several years of touring together again, the day came at last when the Pumpkins united in the studio and not just on the stage. Of all the thousands of metal albums that dropped in 2021, few, if any, possess a fraction of the sheer coolness of Helloween, an album so long dreamt-of and so masterfully constructed that Helloween felt confident in bestowing their own name on this one in particular after 16 previous studio albums in almost 40 years. The band that gave us power metal in its most recognizable form obviously understands how to write catchy music on a grand scale: Helloween is packed with life-giving heavy rock and soaring speed metal anthems that by themselves would be worth a write-up. What makes for power metal of truly unrivaled potency, however, is the trio of Kiske, Hansen, and Andi Deris all singing together on the same album; in a genre where every little detail has to be larger than life, this is an album that lays low all competition and reminds us of what it's like when a true legend walks into the room. 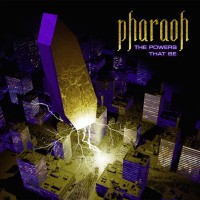 Pharaoh - The Powers That Be

Despite being theoretically entitled to half the power metal market, US power metal isn't really doing the numbers as much as its more melodic European counterpart. Here to represent the more veteran side of the USPM market share, Pharaoh have been putting out consistently great albums for nearly two decades, and The Powers That Be shows that the nearly decade-long hiatus has not affected Pharaoh's affinity for muscular, prog-tinged power metal. Crunchy guitars, gruff vocals, neat dynamics, some intricate moments, and their straightforward sense of punchy melodies often bring them closer to traditional heavy metal, even by USPM standards. 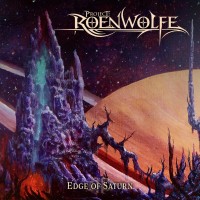 Oh, sure, everybody loves the frou-frou frills of Europower, with its lace-covered string quartets and rainbow dragons that eat cheese all day, but whatever happened to US power metal? Remember that thrash-adjacent stepchild that favored aggression over sophistication, with vocalists who roared like lions and riffs that glassed asphalt like a nuclear weapon? Project: Roenwolfe sure does. After departing from Judicator, to whom listeners will hear a strong resemblance, guitarist/songwriter Alicia Cordisco resurrected this band for a second album of brash, intense power metal with a threatening thrash edge. Edge Of Saturn conjures images of Iced Earth and Control Denied with its mixture of muscular riffs and soaring choruses, living on the edge of extremity - and the band claims an intent to expand its mythology "across future recordings," so now that they're back... they're back. 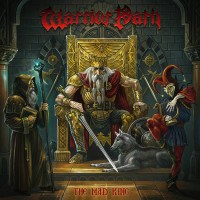 So your debut album was well received, but now you need to find a replacement vocalist - and how could you possibly follow up a world-class vocalist like Beast In Black's Yannis Papadopoulos? It's simple. You go to the center of the heavens, climb to the top of the tallest mountain you can find, and then ask Daniel Heiman whether he’s free. Of course, you’ll need the music to back him up. Warrior Path is up to the task, for they have learned many lessons from the elder generations of power metal: one moment they’re like a less abrasive Cirith Ungol, the next like a more ethereal Firewind, and other times like a more NWOBHM-style White Skull. The Mad King is a classic-sounding heavy metal album, brought to life by its loud and bombastic riff-and-key combos and, of course, by the ever-mighty voice of Heiman, who makes every chorus infinitely more ostentatious. 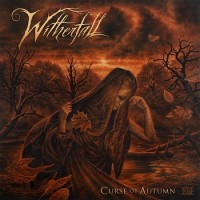 Witherfall - The Curse Of Autumn

With Iced Earth no longer a viable alternative for a kick of thrashy prog power metal, Symphony X on hiatus, and never more Nevermore, some may be delighted to know that Iced Earth and Sanctuary members reside within Witherfall. This rare instance of a power metal band nailing the sound while avoiding all possible cheesiness sits at just the right intersection of sounds. Throw in some '80s metal cues and some dark atmospheres, make the performances terrific all around, close it up with a 15-minute-long epic, and you've got yourself a band with just the right tools to become torchbearers of this niche.