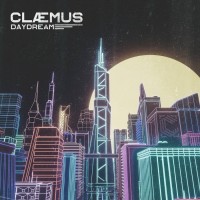 While we continue to wait for another Karnivool album, their Kiwi neighbors Clæmus have emerged from their own slumber to release Daydream, a debut full-length seemingly a decade in the making. Daydream exhibits a lot of influence from Karnivool’s Sound Awake record, as well as a decent portion of djent in some of the riffing. However, the album shines brightest when reveling in more melodic, atmospheric soundscapes, as Clæmus are capable of crafting some delightfully delicate and dreamy compositions that nicely contrast the heavier crunches. 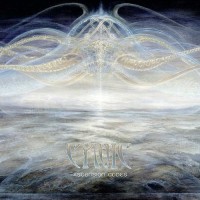 2020 was a devastating year for Cynic fans in particular, due to the unexpected passing of both Sean Reinert and Sean Malone, each iconic in their own field and responsible for much of what made Cynic’s musicianship impeccable. Though Reinert had not been part of the band for several years, it’s still impossible to view Ascension Codes as anything but a sort of posthumous statement on the legacy of both Seans; there is some small comfort in hearing Cynic sound as beautiful as ever thanks to the renewed efforts of Paul Masvidal, Matt Lynch, and an array of guest musicians. Following in the footsteps of Kindly Bent To Free Us with its unearthly, quiet-yet-technical prog sound, Ascension Codes foregoes bass entirely in favor of a bass synthesizer, seeking not to explicitly replace the late Malone, and that decision makes the album feel even more ethereal and astronautical. Lynch’s precise and intricately detailed drumming helps lift the album into pure weightlessness, and as always, Masvidal mixes his own gentle vocals with vocoder and groovily mathematical guitar lines. Ascension Codes comes at a very sad time for Cynic, but its alien beauty inspires a soothing calm. 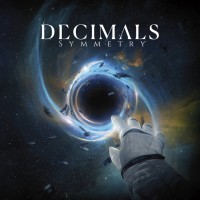 This year we didn’t have any sort of shortage in terms of excellent instrumental albums. The same goes for debut albums. Decimals’s 2021 progressive work falls into both of those categories. Symmetry is an album that manages to offer the variety you would expect from a progressive record without losing any focus. Added to the progressive groundwork are some powerful djent hooks and strong riffing. The journey Symmetry takes you on is beautifully paced and over before you know it; it's one of those albums that invites you to spin it a second time right after you’ve finished listening to it. 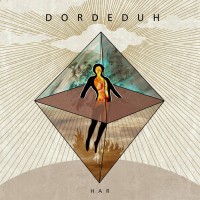 In the same year that Negură Bunget released their final album, the band that was born from the fracturing of that project emerged from a long slumber. Har came nine years after the debut album from Dordeduh, and things had changed somewhat in the interim; whilst the folk and black metal of Dar De Duh remain, they’re a bit less central to the record, which is increasingly progressive and eager to use keyboards/electronics. This newfound balance is just as spellbinding as the sounds that captivated on Dar De Duh, and Dordeduh really make up for lost time with the brilliant compositions found on Har. 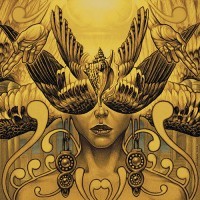 The pandemic resulted in a one-year delay for the second full-length record from Dvne, coincidentally ensuring that Etemen Ænka dropped in the same year as the first Dune movie. While not lyrically adapting the story of Dune, Etemen Ænka tells a similarly epic fantasy tale, one that is combined with music that ranks amongst the finest released in 2021. The progressive stoner/sludge style of Dvne continues to mature from influences such as Mastodon and Elder, with the combination of frenetic guitar leads, huge riffs, post-metal dynamics, crushing roars, heartfelt cleans, and everything else that makes up Etemen Ænka resulting in an extraordinary finished product. 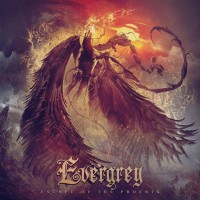 Evergrey - Escape Of The Phoenix

Evergrey’s 12th full-length lies in the comfort zone of their previous trilogy of albums, offering their unique brand of part prog/part power/part melodramatic music. Said music is often driven by the rhythm guitar and the drums, and on top of them there are emotional lead guitar passages and keyboard fills that adorn the wall of sound with some much-needed playfulness. Englund's one-of-a-kind voice is of course once again the necessary feature that makes Evergrey stand out. The Phoenix finds the band sticking with a long-establish formula, but no one can deny the fact that they remain a class act in their own style. 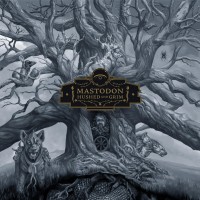 You know what they say about building your houses on sand, and true to the parable Emperor Of Sand faced a tougher reception than usual for Mastodon thanks to its streamlined hard rock sound. Whatever proggy mood-building that album lost, Hushed & Grim found, proving that Mastodon still stocks sterner stuff. The title Hushed & Grim is an accurately portentous descriptor; though Brann Dailor’s hyperactive drums weave an inescapable web around every melody and the slash-and-burn sludge riffs muscle their way through on many occasions, this 86-minute voyage is a lot more taciturn and lugubrious than we’re used to hearing from Mastodon. Much of the album is taken up by trippy space-outs and hollow laments – once again frequently led by Dailor, though with more help from Troy Sanders and Brent Hinds this time around. After a decade of steadily decreasing in complexity and experimentation, it’s great to find that Mastodon have once again rethought their entire machine and produced a strange, unexpected beast. 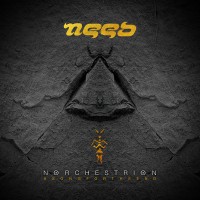 Need - Norchestrion: A Song For The End

Need is one of Greece's best-kept secrets. Their latest album finds the band at their most accessible and mellowest ever, but the term "accessible" doesn't imply "simple" by any means and the term "mellow" does not imply "toothless" either. Even though Need's current songwriting is complex and progressive, it doesn't feel as such because it flows naturally and it is always very balanced. Norchestrion: A Song For The End has been noticeably crafted and performed by very proficient musicians and an impressive vocalist but at the same time it is made for music listeners rather than music teachers. And, like every good progressive album, it becomes better and better after every listen by unveiling extra layers and different aspects. It may not be progressing the genre in any way but it's a damn great and intelligent progressive metal album. 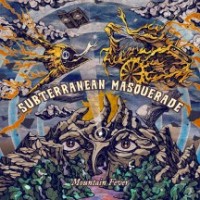 The prospect of Israeli progressive metal might first bring up Orphaned Land, a band that Subterranean Masquerade have a lot in common with, but where Orphaned Land is more clearly rooted in folk, Subterranean Masquerade craft a pretty unique take on retro prog/psych rock, with numerous forays into world music and an even heavier brand of prog metal. There's immense dramatic flair to Mountain Fever, especially in the vocals, and rarely does metal feel as celebratory as it does here. After last year's fun quarantine experiment in The Pros & Cons Of Social Isolation, Subterranean Masquerade show us that they can maintain the same jolly aspect even on a more focused approach. 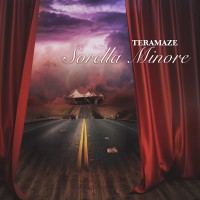 Teramaze have been highly active during the pandemic, with Sorella Minore the second of three records that dropped within a 12-month time period. It’s perhaps the most notable of the trio, not least because of the incredible 25-minute title track that expands on the story from Her Halo, bringing back the vocalist from that record, Nathan Peachey, to feature on “Sorella Minore” alongside several other guests. The end result is a bona fide prog odyssey, one that dominates the record, but much like Rush’s 2112, the shorter songs that comprise the rest of the album more than justify their inclusion.