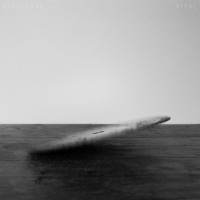 Big Brave is slowly becoming a household name in drone music, from previous nominations in this category to a collaboration with their co-nominees The Body. Their take on drone, clearly inspired by acts like Swans, relies heavily on repetition and building a sense of dread and anxiety. Massive riffs, massive drumming, going on and on, slowly building tension, while vocalist Robin Wattie bleeds out a vulnerable and disquieted performance to channel the immense feelings. Layers, interplay, buildups, and releases, all to drain you out through its ominous "anxious metal" sound. It's an album that thoroughly wins its album title. 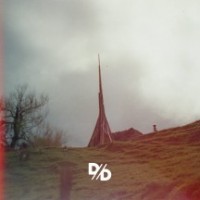 How does one make instrumental protest music? You chip in a spoken word poem on one of the tracks, obviously. But that's just one track. Divide And Dissolve is an instrumental duo that seems to have found a way to communicate without words. Music has been used to communicate emotions without the use of words for as long as it has existed; you can generally tell whether a song wants you to feel ecstatic, sad, nostalgic, angry, or entertained. Gas Lit's emotional baggage feels a bit more transcendental, since I can't really say that it wants you to feel angry. It wants you to feel the injustice and hopelessness of being on the receiving end of colonialism by creating long-form drones of fuzzy guitar feedback and monolithic trampling drumming interlaced with saxophones and chamber music. 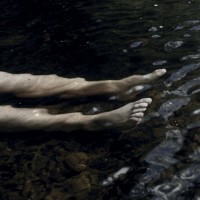 Perhaps the introduction of dark ambience into the latest album from Fawn Limbs shouldn’t have been such a surprise, given that the grindcore band’s vocalist/guitarist Eeli Helin formed the drone-rock project Fargue with Samuel Vaney (Muhd) in 2020. The drone on Ruines, Irradiées is closer to post-rock, however, as a result of some of the lighter layers woven into these long, meandering compositions. The guitar work at times takes a more concrete form, but for the most part, Ruines, Irradiées is based on drones and noise, with only the chaotic drum work (courtesy of Fawn Limbs bandmate Lee Fisher as a session musician) indicating any sense of progression. 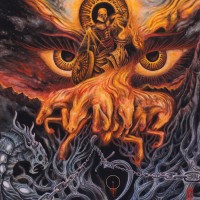 The second part in Midnight Odyssey’s Biolume trilogy is one of the project’s longest albums yet – and if you have any familiarity with Dis Pater’s vast body of vast works, you’ll understand what kind of a time investment that means for The Golden Orb. You’ll also know that it’s worth every cold second of cosmic contemplation and hypnotic heliocentrism. Biolume Part 2 – The Golden Orb spins an awe-inspiring web of cosmic black metal, epic doom, dungeon synth, ambient neofolk, and other spaceflight-capable styles just within the very first song, and this baby runs for a full 100 minutes of all heavy genres ever called “atmospheric.” That’s plenty of time to lose yourself staring into the infinite heavens in profound wonder. 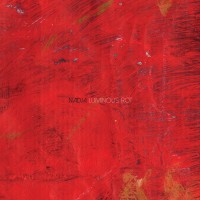 Nadja does what Nadja does best: Fusing the delicate textures of fuzzy shoegaze and tranquil ambient with the colossal heaviness of doom metal and noise. As one of the biggest names in drone metal since the early 2000s, the duo of Aidan Baker and Leah Buckareff is notorious for its affinity for long, multilayered compositions that set the listener in a dreamlike state. On Luminous Rot, the duo retains most of the components that make its music so seductive, but these components have been condensed into shorter, more structured songs. The use of drum machine and frequent vocals results in a less intimidating approach for the newcomers while also capturing Nadja's influences of industrial and post-punk. After 20 years on the road, the drone pair keeps expanding its sound palette and reaffirming its legendary status within the genre. 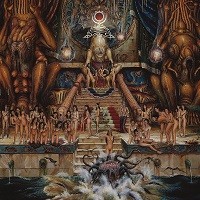 Neptunian Maximalism's magnum opus from 2020, Éons, took the underground world by storm with a violent and monumental cosmic trip through the worlds of free jazz, drone metal, and tribal psychedelia. It left a more than lasting impression, which poses a question: how would it be to experience this music live? COVID-19 notwithstanding, Solar Drone Ceremony answers this question by being a brilliant portrait of this collective of sonic shamans. The intense energy pours out of every section, organically moving into the next one. This is enhanced by the live setting, which gives this live performance the rawness it needs to become truly mesmerizing. From ominous ambiance to explosive crescendos and psychedelic repetitions, Solar Drone Ceremony is an exercise in monumentality. 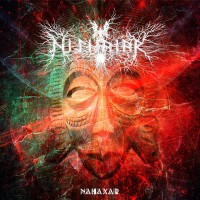 Ethiopia’s one and only entry in the Metal Storm database thus far, Nishaiar are an atmospheric black metal band, who are also a folk band, who are also a ritual ambient band. It’s an unorthodox concoction that highlights the merits of increased variety in the sources of metal music; why wouldn’t you want to hear more songs that merge black metal, African folk singing and instruments, tribal drumming, and soothing ambience into a single composition instead of another Swedish melodeath/German power/American thrash band? Not only is the overlap in styles ambitious, but it’s well executed and it results in a unique outcome. 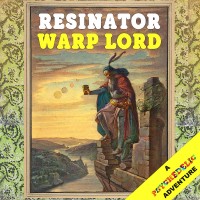 Stoner music's obsession with the long chord and the fuzz cloud reaches its apex in Resinator, whose distortion-drenched druidic drones stretch out so far into space that they eventually drift free of their mortal coil and become a pure, infinite vibration. Warp Lord still feels a lot like a typical stoner rock or metal album with its thick, repetitive chords and mystical, jammy atmosphere, but it lacks the heaviness and internal rigidity to keep it tied down into normal song structures; the instruments all feel buried under each other, and the otherworldly synths that slide in and out, paired with the muffled yet dutifully plodding drums, give the album a bit of a dungeon synth vibe. This is the loooooooong stoner, the kind where you eventually misplace the rhythm altogether and just get lost in the flow of wafting sounds. They really should have called themselves Resonator (although that wouldn't have been as much of a weed thing, so whatever). 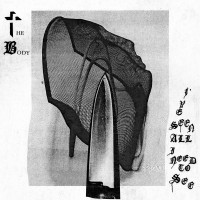 The Body - I’ve Seen All I Need To See

One of the most challenging and abrasive bands in heavy music offers a rare noncollaborative album, an opportunity to remind us that in between genre-spanning partnerships there is a practiced hand at mirth-muddying ready to ruin every birthday party from here to Minsk. It’s hard to make an album seem like there is something really, truly wrong with it – not with its recording, but with the entire concept of its recording. That’s the feeling that The Body dishes out on the regular, with cluster bomb after cluster bomb of harsh noise pulsing through the seams of this frightening frame of fuzz. This is one of the duo’s unfriendlier records, with a steady, ruinous rhythm of harsh noise and shrieking vocals set in a continuous, unrelenting cycle, but, you know, noise isn’t nice. That’s why it’s noise. 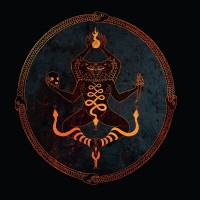 Belgium’s breakout blackened gothic ritualistic dark ambient krautrock band is back with another enormous and overwhelming experience. Running for nigh on 80 minutes, Temple is just as hypnotic and sinister as its predecessor Void, using repetition of black-tinged riffs, dense layering, and Sharon Shazzula’s preacher-esque vocals to overwhelm listeners. However, it also expands the gothic side of Wolvennest further, particularly thanks to the guest vocal appearances of Déhà and King Dude on vocals. This isn’t an album to dabble with; it’s one to submit to and be consumed by.