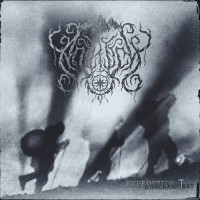 Antrisch is a new atmospheric black metal band whose name is an Austro-Bavarian term for 'eerie' or 'strange' and that features members of the now-disbanded folk-black metallers Kromlek. Alongside the conventional black metal core, there are many doom and dark ambient passages as well as djenty sprinkles with powerful drumming that make the music quite original and utterly engaging. The lead guitar puts forward some exquisite melodic touches that remain in memory, especially on the third and the fourth track. It is clear that the band members have dedicated a lot of thought and effort to this project since everything is on point in this EP; from their pseudonyms to the cover art and from the songwriting to the production, Expedition I : Dissonanzgrat is high-quality material. Antrisch define themselves as 'a musical and lyrical expedition to the heights of the world and the depths of man'. The first expedition was an absolute success and leaves us with great expectations for the next one. 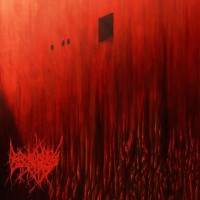 "Borboropsis" is a genus of flies in the family Heleomyzidae and its four known species are attracted to carcasses and faeces. It may be a coincidence that Borboropsis consists of four members, but it seems safe to assume that the band name was chosen wisely, because the work of the guys from Dayton, Ohio, sounds exactly like the musical accompaniment to the smell of decay and the slow decomposition of a lifeless cadaver. Decorticated Burial Of Delirium is the band's first EP and the three tracks included can be best described as a blend of cavernous death metal and straightforward, gritty, and well-written doom-death, leaning slightly more towards the death side of the genre. Unnecessary gimmicks are dispensed with, which is a further point in the band's favour, for even without keyboards and samples they manage to build up an ominous and oppressive atmosphere. Old school doom-death just the way it should be. 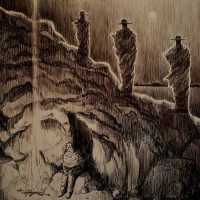 Picture this: You're in an Untamed Land. You're just a Wayfarer traveling with your family in search of greener pastures, but there is no law where you are. You notice a fresh Hoofmark that looks suspicious. Before you know it, a red-haired bandit and his gang have surrounded you. You're now a prisoner. He escorts you to a cemetery and hands you a shovel. "You see, in this world there're two kinds of people, my friend: those with riffs and those who dig. You dig." He suddenly drops dead on the ground. You look to see who dealt the blow. It's a Dark Watcher. It's Winnetou wearing corpse pain. Sergio Leone is confused in his director's chair. 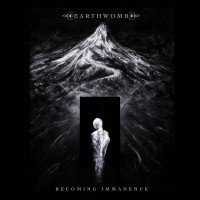 There are probably not too many atmospheric black metal bands hailing from the Andes of South America that consist of musicians deeply rooted in grindcore, deathcore, and technical death metal through their previous projects. Formed in 2019 in Peru's capital city, Earthwomb prove with their first EP that the combination of technical finesse, a heavy, powerful sound, and an unerring instinct for pitch-black melodies works surprisingly well when you can boast a vocalist whose high-pitched, piercing screams and bloodcurdling growls recall the unbridled brutality of Travis Ryan (Cattle Decapitation) or Will Ramos (Lorna Shore). Becoming Immanence offers everything you can hope for from modern black metal: very varied song structures full of dynamics and tempo changes, concise riff thunderstorms, a top-notch production, and a threatening, horror-inducing atmosphere. It might as well be the soundtrack to an astronaut's nightmare come true - the free fall through the icy cold of space into a giant black hole that suffocates the last desperate cry and obliterates any memory of it. 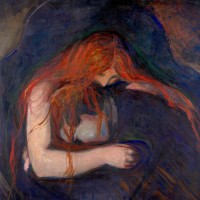 Two years after the first demo, Despondency, there are finally four new tracks from Portland-based project Erroneous. A glance at the cover art already suggests a reassuring consistency, because once again a painting by Edvard Munch ("Love And Pain", 1895) has been chosen to catch one's eye. Musically also the one-man band has remained true to its previous work - blackened doom with an emphasis on heavy riffs and sombre melodies crawls out of the speakers and into your auditory canals. This amalgamation of doom metal and black metal shrieks is complemented by bass-heavy guitar work with a good dosage of reverb, lending Submission a particularly warm and gothic sound. At the latest by the last track, the influence of two pioneers of the genre becomes very clear, as Erroneous's version of "The Last Time" is not only a tribute to Paradise Lost, even more it's also a deep bow to early Katatonia. 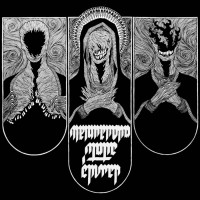 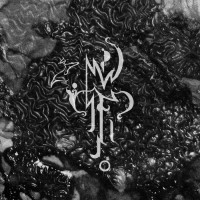 Morbid Sphere is a black/death metal project from New York featuring members of Vanum, Ruin Lust, and Yellow Eyes. The music is harrowing and absorbing, with dissonant riffs and feral drumming blanketed in a dense, claustrophobic, and sinister atmosphere. The vocals in the distance sound as if they originate from a bottomless well of cavernous bleakness. At first listen, this demo gives the impression of complete aural anarchy but, after digging deeper, there is a very interesting structure despite the many turnarounds that are there to explore. With each twist another bizarre dimension is revealed, and with each turn another threshold of crushing heaviness is there to cross. If you like your blackened death metal to be immersive and unsettling in equal parts, this first release by Morbid Sphere will please your unconventional ears. 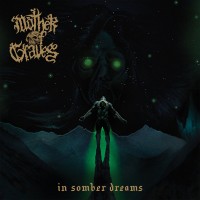 Mother Of Graves - In Somber Dreams

In Somber Dreams is an EP that fans of the Peaceville Three, October Tide, early Katatonia, and Opeth are sure to find extremely satisfying. Taking their name from the protector of cemeteries in Latvian mythology (Kapu māte), Mother Of Graves may easily be on their way to becoming the next big thing in melodic death-doom simply because they do everything right. In Somber Dreams delivers spellbinding riffs and heart-wrenching melodies shrouded in a gloomy and despondent atmosphere that is immersive and irresistible. The band performs with praiseworthy dexterity and, while not doing anything particularly unique, they do have their own identity and their sound is flawless, courtesy of the one and only Dan Swanö. 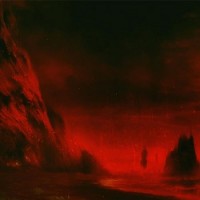 Hailing from Finland, Perennial Return follow in the longstanding tradition of potent melancholic melodeath, albeit with a proggy slant similar to In Mourning as well. There’s other elements in there, too; “Void II” is slightly gothic-tinged at times and approaches blackgaze in other moments. Across their first 25 minutes of released music, Perennial Return deliver an abundance of memorable melodic riffing, with a powerful atmosphere supported by a very professional-sounding production job. Cosmic Purgatory is a very strong debut that suggests that Perennial Return may well be competing with some of their more established compatriots in the future. 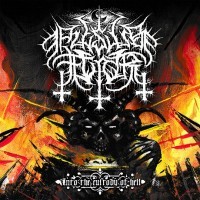 Pulsus Furor - Into The Custody Of Hell

Into The Custody Of Hell is a tribute to the '90s and to the first and very successful attempts at merging melodic death metal with black metal. The grandmasters of the genre, namely Dissection and Necrophobic, come to mind first, but also the second tier of the movement in terms of popularity, represented by bands such as Decameron and Unanimated, have left their clearly audible mark on this demo EP. Sound-technically, there is nothing to complain about; the band's founder Frater Clades orients toward the tried and tested approach of his (Swedish) idols. But the real strength of Into The Custody Of Hell lies in the catchy songwriting; each of the four tracks immediately sticks in your mind and the memorable riffs inevitably force the listener to switch off their brain and use their head for a much more appropriate function: headbanging as if there were no tomorrow. Your air guitar should also definitely be nearby, for the carefully used guitar solos simply cry out for an appreciation of the guitar work in your living room. 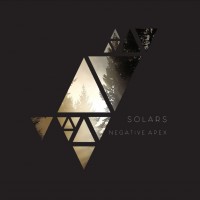 Solars should appeal a lot to fans of Russian Circles and If These Trees Could Talk. They come from Birmingham, which is a bit of a grim place to live, and that bleakness partially surfaces in their compositions. Solars deliver expansive and heavy instrumental music; they know how to build up the tension in their songs and they create this certain mood that makes the listener wait for a much-needed explosion to come. The sound is clear and everything feels like it's in the right place in the mix, with the guitars being melodic and staccato-heavy in turns, the bass driving the songs along, and the drumming really going for some independent brilliance. Negative Apex is deliciously atmospheric, with dreamy rhythms but also some muscular chugs, and aces the true test of any instrumental album by remaining compelling throughout, despite the lack of vocals. 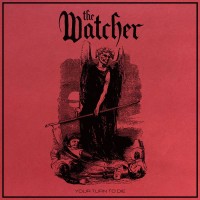 The Watcher - Your Turn To Die

Heavy doom is not a style that requires extra special ability to be played. However, it requires extra special songwriting ability to sound interesting in 2021. Hailing from Boston, The Watcher is a magnificent trio mixing the traditional doom sound with NWOBHM melodies in a way that is catchy, memorable, and retro-sounding but not dated. The hard-rocking doom music, composed by guitarist and bassist M. Furst, had been ready since 2017 and was recorded with drummer C. Spraker, whose energetic playing helped the end result appear quite upbeat and uptempo for the style. The demo was left sitting for three years, waiting for the right voice, which was finally found when P. Reed joined. Your Turn To Die is driven by his expressive vocals riding the metallic waves created by Furst's big riffs, but you will also be pleasantly surprised by the lead guitar melodies, which are particularly prominent in the outros of all three tracks featured here.