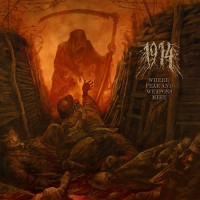 1914 is a band thoroughly dedicated to the memory of World War I. Their breakthrough album, The Blind Leading The Blind, was released on the exact centenary of the war's armistice. Where Fear And Weapons Meet has to make up for the lack in anniversaries with perfecting the death/black/doom blend that was spearheaded on the previous record, complete with more samples, melancholic war songs, and a guest spot from Nick Holmes. But most importantly, it captures the flurry of emotions, from boiling fury to crushing despair, from anxiety over the constant threat of death to paralyzing homesickness, resulting from the war that forever altered humanity's view of war, sucking out all the glory and leaving nothing but trenches full of boys who never got to grow old. 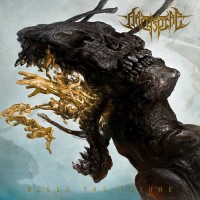 Archspire's insane levels of activity are just on the cusp of overwhelming, kept so barely in check that you can remain conscious for the entire onslaught, and their flow is incredible: the constantly flexing instrumental lines are so baby-skin smooth that they make Novocain-brand elevator jazz look like a violent socket wrench beating. And speaking of flow, Oli Peters conducts this orchestra of overdrive with rapid-fire gutturals that sound more like motormouth rapping than conventional growls; he could give TechN9ne and John Tardy competition at the same time with how he takes the idea of harsh vocals as another instrument to a new level. Bleed The Future doesn't suffer a single jagged edge or unsightly transition, even operating at a level of technicality so mind-warping that it can frazzle even audiences jaded by decades of prior tech death. And to top it all off, it comes with a video only a mother could love. 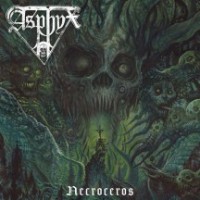 Fans of old-school death metal were treated to an album that not only met expectations but blew right past them with Asphyx’s return to the studio after a five-year wait, setting the bar high early in the year. Combining a solid, booming production with constant razor-sharp riffing, the album attacks you from start to finish in the most captivating fashion with some of the best old-school death metal in years, topped off with the vocals of Martin van Drunen, who reminds listeners why he is considered one of the best in the genre. 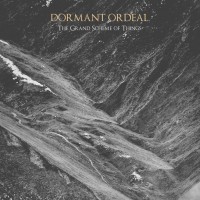 Another success from the Polish death metal scene, Dormant Ordeal unleash a conveyor belt of quality modern death riffs, with subtle use of dissonance inside various undeniable grooves and hooks. Added into the equation is an awareness of when to incorporate levity and melody into tracks, whether in the form of a solo or a period of restraint to allow the music to breathe, which only heightens the impact of those killer riffs. Merging the death metal aggression, striking solos, and intelligent lulls results in a collection of tracks that are memorable, exciting, and irresistible. 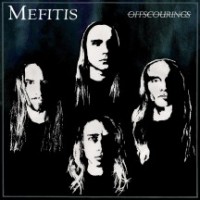 OSDM as a label implies a certain degree of rehashing, trying to do what your forebears already did but with more modern means. Mefitis take not only the sound of OSDM but the ethos of it, too, truly feeling like music from a time in death metal's puberty when there were so many uncharted territories and it could sprawl in so many directions and completely do away with the rules of metal past. A time of old Sentenced, old Opeth, old Edge Of Sanity, and old Gorguts. OId. As if this album spawned in an alternate reality's 1994 and brought it to us to feel the off-kilter progressive feeling that death metal used to have. Add a King Crimson-inspired cover and some very potent mixing, and it's a blast. 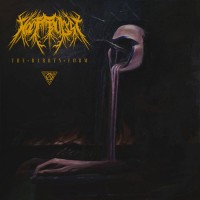 Comparisons of dissonant death metal bands to Ulcerate come naturally in the wake of the latter’s success, but while that band’s influence on Noctambulist is hard to overlook, the Americans have a few killer tricks up their sleeves on The Barren Form. The technical, contorted riffs are balanced by real atmospheric ambitions, from drum-dominated sections that effectively build tension to moments of straight-up ritual ambient music. The Barren Form represents some of the strongest implementation of such atmospheric inclinations alongside such frenetic and brutal death metal outside of Ulcerate and Nero Di Marte. 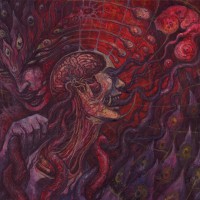 Comprising two songs in the 25-minute ballpark, Poison Palinopsia is an onslaught of chaotic, dissonant death metal stretched out to the absolute limits. The debut record from Qrixkuor had a difficult gestation period, but the depravity of the album has been maximized by the stellar production job by Esoteric’s Greg Chandler. The unrelenting and indulgent nature of the songwriting on Poison Palinopsia may test your patience at times, but the psychedelic nature of the constant waves of frenetic riffing, doomy dirges and sickening growls justifies the intense length of these tracks. 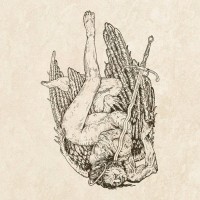 Sermon Of Flames - I Have Seen The Light, And It Was Repulsive

If Anaal Nathrakh and Deathspell Omega aren't among your favourite extreme metal acts, remedy that and throw in some Portal for good measure. Sermon Of Flames give a sermon of blackened death metal, industrial touches, and plenty of noise. These 37 minutes of death growls, anguished shrieks, reverberating preaching, maelstrom riffs, and sleazy industry cacophony will beat you down, have you get up, then beat you down over and over again. You might never get up. It's hellishly heavy when it needs to be, abysmally atmospheric when it needs to be, and... heck, let's just quote Radu's review: "I have heard the album, and it was fantastic". It really is. 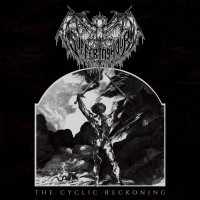 Suffering Hour’s generation of death metal is dominated by pure OSDM worship and tech death so wanky that it verges on the obscene, but this trio itself has a mastery of macabre atmosphere that sets it apart as one of the most interesting things to happen to the death metal genre in ages. It may take a lot of doing to get past the bizarre, twangy, psychedelic guitar tone that dominates The Cyclic Reckoning, which sounds like a surf band got lost in a hall of mirrors and accidentally opened a portal to the tool shed where the Elder Gods keep their chainsaws and smoked meats. Even once you get past the very sound of it, the meandering riffs and unpredictable progressions are so downright weird and unsettling that it may alienate listeners looking for some straight Entombed knockoffs. But, by hell, that’s the point – this band makes death metal sound evil and challenging again. If H.P. Lovecraft force-fed himself rancid gruel and stayed up all night reading Dorohedoro and watching Lucio Fulci films, this is the album that would formulate in his dreams when he finally collapsed in a disjointed sprawl in his breakfast cereal the next day. 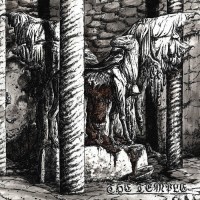 The Temple (NZL) - The Temple

Losing the name reservation race with a Greek band, The Temple (NZL) is sort of an Ulcerate offshoot, a duo with the ex-vocalist doing the drums and the bassist/vocalist also taking over guitars here. Lineup connections aside, there's still a lot of similarities in the sound, with both relying on big, dissonant grooves. But while Ulcerate dwells more in tech death, The Temple (NZL) push further into blackened death and labyrinthine doom, producing a debut that feels dreadfully hellish, and the Gnostic theme goes hand-in-hand with the ritualistic undertones.