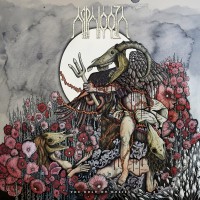 Appalooza - The Holy Of Holies

A heady haze issues from The Holy Of Holies, a pillar of fuzz that lumbers along at an overfed stoner metal gait. Blobs of biblical buzzing underpin the bulk of Appalooza’s sophomore album, and true to the promises made by those stoner vibes, there are some tinges of Middle Eastern music to accompany the mystical imagery and deserts of distortion. The other major factor of this French foursome’s style is something darker, heavier, and grungier – a little more in the vein of Old Testament menace. The band cites Alice In Chains as an influence and it’s evident right away from the vocals: the purposeful use of distortion, haunting harmonies, and twangy articulation are all Alice. The catchy, punky melodies draw a lot of inspiration from similar bands on the grunge/alt rock/heavy metal spectrum, and they blend in an unusual way with the otherwise classically doomy riffing strategies. In some ways, The Holy Of Holies touches on familiar styles, but it always finds interesting twists that you didn’t know could be accommodated. 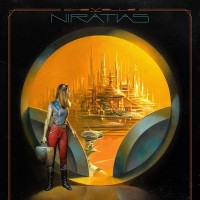 It is often the case in the entertainment world that those short of ideas jump the shark and base the next installment in space, to comedically poor results. Chevelle buck this trend and show how expanding your horizons can sometimes produce one of the most vital-sounding records of the year. Niratias combines the immersion a concept album brings with the band’s ability to craft memorable moments to create an album that will linger in your mind long after you realize you are still standing on terra firma. 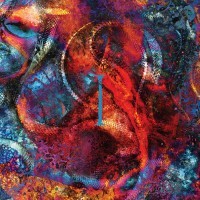 Initially a standalone performance at Roadburn 2016, the Blood Moon collaboration between Converge and Chelsea Wolfe evolved into a studio project, one that might have more than one entry if the ‘I’ at the end of Bloodmoon: I is anything to go by. If there are further fruits from the combined labors of Converge and Wolfe (and Stephen Brodsky), it would be a blessing, as Wolfe’s trademark subdued melancholia works very nicely in a more metallic framework. With relatively straightforward alternative and doom metal cuts nestled alongside the eerier or bluesier softer cuts, and Converge bringing their own intensity to the music, Bloodmoon: I is greater than the sum of its parts, combining beauty and aggression far better than many ‘beauty and the beast’ metal bands. 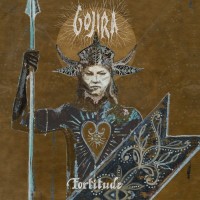 Gojira had already started down the path to a more straightforward and accessible sound on Magma, and Fortitude shows no signs of them changing direction any time soon. With a considerable number of arena-friendly shout-along choruses, Fortitude is probably the band’s most approachable record to date; however, this is Gojira we’re talking about, and there’s still hard-hitting riffs, tapping, pinch harmonics, and more to get stuck into here. There’s also some experimentation on songs such as “Amazonia” and “The Chant”, showing that, even on their new trajectory, Gojira remain ambitious and inventive. 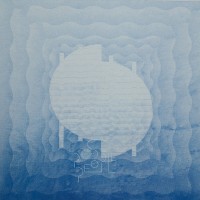 Take one stoner doom band, a band that really put the "doom" in stoner doom over two albums, and have them put the "doom" in... uhh... something completely different. Post People rages in more bristling and gravelly sounds, moving in between post-punk, psychedelic rock, and alternative rock, with bits of Jesu and Motorpsycho thrown in. Covering a wide spectrum of alternative music, often moving more outside nonmetal territories while keeping some of its riffing just heavy enough to have an anchor in good ol' doom, Post People has groovy psychedelia, hazy vocals, and swirling synths. It feels like a journey through the environmentalist rage that Heave Blood And Die feel towards the world in its current state. And there's no part of it that doesn't feel compelling. 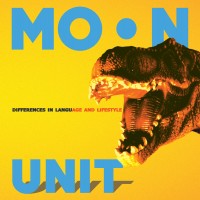 Coming from Croatia, a country underrepresented in the metal scene, Moon Unit take inspiration from Faith No More, from the influence of Mike Patton on the vocals (which also take the form of a classic high-range metal vocalist and a nu metal rapper on different tracks) to their eclecticism. Differences In Language And Lifestyle, their debut record, takes cues from video game music, Dream Theater, Devin Townsend, the nu metal scene and more, packaging a range of approaches into a bright, hooky, and just plain fun package. 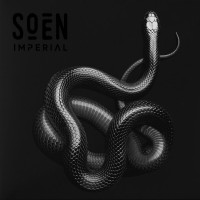 It took a couple of introductory albums for Soen to shed their Tool-made skin and become their own band. The Swedes found their unique sound with Lykaia, they improved it with Lotus, and with Imperial they created what comes close to being the perfect alternative/progressive metal album. Their fifth full-length features superb musicianship and astonishing melodies; the rhythm section and the guitars are in faultless sync, while Joel Ekelöf’s choruses are super-emotional and unforgettable. Forty-two minutes of music, divided into eight songs that all become favourites after merely one listen, and each one is worthy of being part of the band’s live setlist. 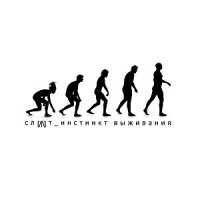 When 2018’s 200 кВт dropped the sequential naming scheme and caused The SLoT to attain peak trap, it resulted in one of the most entertaining and danceable metal albums of the year. Things haven’t been as fun since then. Инстинкт Выживания retains a lot of the trap and electronic sounds that the band broke ground with on the last album, but now those pulsing rhythms come wrapped in brooding, urban grit; much of the basic songwriting hearkens back to the streamlined alt metal style of 4ever, layered over with more complex production and infested with angry, cynical barbs that take Инстинкт Выживания to some of the darkest places that The SLoT has ever explored. Like any of The SLoT’s past works, Инстинкт Выживания is filled to the brim with memorable choruses, magnificent vocals, and flavors reminiscent of and yet very distinct from each preceding album – still catchy, still energetic, still exciting, but maybe this time a bit less carefree and a bit more villainous. 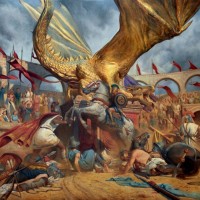 Trivium - In The Court Of The Dragon

Trivium’s upward trajectory in the wake of Silence In The Snow launches into orbit with some of the finest ‘mainstream’ metal in recent years. Alex Bent’s drumming continues to revitalize the band, with blasts, complex patterns, and exciting fills littering the whole record. These drums are combined with killer riffs, memorable choruses, ambitious songwriting, and a return to Shogun-esque progressive tendencies, with the album closing with a song originally written for Shogun. A culmination of the band’s career to date, In The Court Of The Dragon is the sound of Trivium at their strongest. 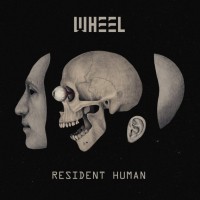 No longer just accomplished Tool worship, Wheel take important steps forward in the search for their own identity on sophomore record Resident Human. Whether hitting listeners with to-the-point alt-metal power or allowing them to meander through long, atmospheric, textured voyages, the Finns feel self-assured; the rhythm section in particular has developed into a flexible, confident entity, one that dominates the tone in songs both calm and energetic. While there’s still enough debt owed to Tool that fans of the latter should find plenty to like in Resident Human, the record also shines as the work of a maturing force in alternative metal.