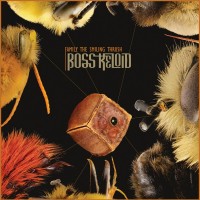 Family The Smiling Thrush is a suitably disarming title for an album of off-the-cuff sludge-based prog; if you think that the song titles are just about gibberish, just wait until you hear the songs themselves. If often sounds as though each member is doing their own thing, performing their own variations on some winding riff at their own pace, and the disparate sounds just happen to coalesce into a groovy, swampy swamp groove. Family The Smiling Thrush has a '60s psych rock funny bone with some of the bruising blues you'd hear in a band like Clutch, combined with the thick, chunky keys of a classic prog band that fell out of the magic bus and into a tar pit. The whole endeavor is coated in a batter of fried sludge in the vein of Mastodon's weirder digressions, mixing space-cadet dryness with the casual smoothness of AOR-era Yes or Journey and the lilting laziness of Nirvana. Maybe it makes sense when you’re stoned. Maybe not. Maybe go Family The Smiling Thrush yourself. 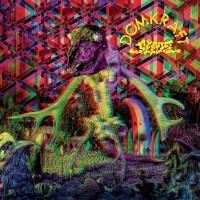 There's only one thing one can expect from an album with a cover that physically hurts to look at: mindfuck. But that's less of an avant-garde mindfuck and more of a melt-your-mind-in-fuzz-and-haze mindfuck. Domkraft is the kind of band to make you grateful that you were born after the invention of distortion, wah, delay, and fuzz. The kind of stoner metal that's less of the relaxing trip through cloud nine and more of a sledgehammering riff-fest, one whose rhythmic hypnotic quality doesn't take any of its edge off. It's a trip nonetheless, but one that Domkraft pummel you into taking. "Fuck you, you're tripping whether you like it or not!" 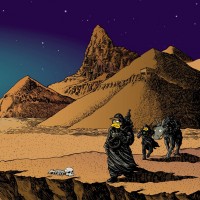 Dr. Colossus - I'm A Stupid Moron With An Ugly Face And A Big Butt And My Butt Smells And I Like to Kiss My Own Butt

OK, take an Aussie Stoner Rock band. Have them drink their body weight in Duff, Skittlebrau, and Flaming Moes while smoking enough hippie lettuce to make Sleep proud, getting them all so high they're talking to Space Coyote Johnny Cash. All while watching a classic Simpsons marathon. Stoner metal commence! Yeah, deep Simpsons references in the titles draw a laugh, but don't let that distract you from stoner tunes tastier than a Krusty Burger Ribwich. Go to Bandcamp and give it a listen... oh, and if on your way out, if you wanna kill somebody, that would help us a lot. Me? I'll be jamming this on repeat while hanging out in the Sex Cauldron. 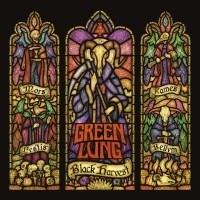 Quick! Name a stoner metal topic other than drugs, space, and Black Sabbath! If you said "the occult", you're absolutely correct. If you said anything else, eternal shame. Green Lung's schtick is basically the folk horror of stoner metal. This is probably the most olden-sounding of the records here, breathing the same air as '70s hard rock, heavy psych, occult rock, and psychedelic folk, all re-contextualized to an even heavier sound with riffs more muscular, basses more rumbling, organs hazier, and vocals trying to find a way to sound a bit like every Black Sabbath vocalist. 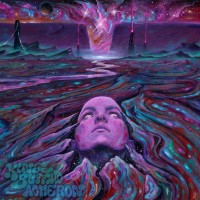 King Buffalo are busy boys; after dropping Dead Star in 2020, they planned to release a trilogy of records in 2021. In the end, only two of these saw the light of day, but the latter of those, Acheron, is a contender for their strongest effort so far. Featuring four songs, all of which clock in around the 10-minute mark, it has a somewhat jam-like nature to it, but also a dynamic ebb and flow that is reminiscent of post-rock. Often mellow, there’s a lushness and gradual feel to Acheron, but when they need to turn up the volume, King Buffalo bring in a satisfying fuzz. It remains to be seen whether the final entry in the planned trilogy is a hit, but based on the evidence of the first two records, particularly Acheron, omens are good. 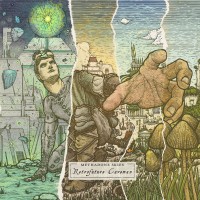 In some ways, Methadone Skies’s latest album picks up where their previous one left off; just as Different Layers Of Fear ended with its longest song (the immense “Manos”), Retrofuture Caveman kicks off with its lengthiest track, the 18-minute title track. In other ways, however, this is something of a departure for Methadone Skies; post-rock, a relatively minor feature on Different Layers Of Fear, is an integral part of Retrofuture Caveman, with plenty of gradual layering of delicate clean guitar before eventually shifting into loud, fuzzy stoner metal. It’s a combination that’s been played around with before, but Methadone Skies take it in a relatively unique direction on this record, whilst also finding time to dabble with desert rock and slow psychedelia in the vein of Earth. 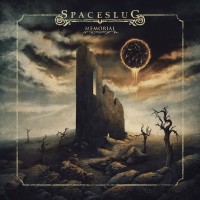 Taking a year off from their annual full-length record schedule to drop the acoustic Leftovers EP, Spaceslug are back with a vengeance on Memorial, overcoming the loss of their equipment in a flood to smash out a monster of a record. Seeing the return of harsh vocals, the album mixes the band’s unique melancholic take on stoner metal with aspects of post-metal, with certain moments exhibiting similarity to the likes of Amenra, whilst also bringing everything good about their previous albums back into the fold. Memorial is a remarkable evolution of an already enthralling style that retains what made the band appealing in the first place. 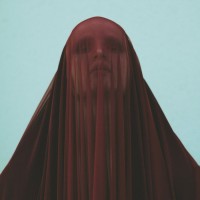 Like we all know, Sunnata doesn’t like to go for a status quo with their sound. So, like you would expect, they have done some experimenting with this one. That said, it’s still unmistakeably a Sunnata album through and through. A blend of the two previous albums is what we got with Burning In Heaven, Melting On Earth. Back are some of the more straightforward stoner rock vibes from Zorya, and the heavier atmospheric focus of Outlands has been toned down a bit. Burning In Heaven, Melting On Earth shows that the band keeps on creating compelling experiences by adding and changing elements in their sound, and that it’s not afraid to do some more experimenting in the future. 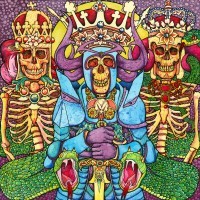 The Silent Bell Toll is the kind of album that, without having anything obviously revolutionary about it, feels fairly unique within its genre. Maybe it’s the placement of some real weighty, crushing stoner doom riffs alongside genuinely upbeat, catchy songs. It could also be the vocal approach, which lies in an unusually high register whilst feeling completely natural alongside the instrumentals on the album. Whatever it is, Terminus are comfortable exploring the heavy and the accessible simultaneously, and the outcome is hugely likeable. 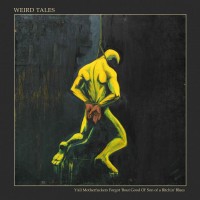 We warned you, did we not? Didn’t we say, “Whatever you do, don’t forget about the good ol’ son-of-a-bitchin’ blues”? Well, your dumb ass went and lost your respect for the original devil music, and now it’s back – in metal form. Despite the fact that all stoner metal is essentially a worse version of songs Black Sabbath wrote 50 years ago and Black Sabbath was just an angry blues band when they started out, it’s still pretty damn rare that you can draw a straight line between the blues and the heavier music that has grown out of it over the last century. Even the metal we can describe as “bluesy” very rarely takes influence from the actual blues so much as earlier rock and metal bands just copying each other, and that’s a shame, given how rich and musical the blues really are. Weird Tales sets the wax cylinder straight by taking us back to the earliest days of raw, violent, evil, and nasty popular music with four hazy, half-speed covers of classic blues cuts that’ll eviscerate your guts at a crossroads at sundown faster than you can say, “I’ll never forget about the blues again.”