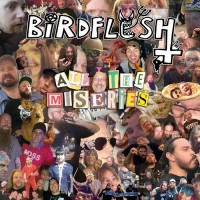 Birdflesh’s grindcore is fuelled with generous doses of ridicule and a penchant for thrash; these batshit-crazy Swedes are clearly about fun and riffs. With song titles such as "Gore Ensemble", "High On Carnage", "Dying After Midnight", and "Kickstart My Ass", the references are pretty obvious. The lyrics are very recommended reading material, full of sarcasm and perverted humour. Musically, almost everything here is straightforward, blastbeating grindcore with chunks of crossover thrash thrown in; imagine Napalm Death jamming with Slayer and Municipal Waste. All The Miseries will make you laugh and bang your head at the same time. You get 13 brand new tracks and 11 live ones. It's a bargain! 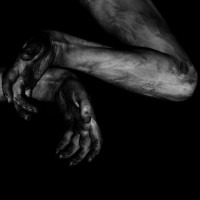 Possibly the most unusual nominee in this category (albeit with some stiff competition in that regard), the latest album from Fawn Limbs is a far cry from their previous record, Sleeper Vessels. The mathgrind from that record is now less math-y and more geared towards the primitivism of grindcore, but the record as a whole is certainly not primitive, with bursts of aggressive onslaughts embedded within long (for the genre) songs that delve into spoken word, eerie strings, and dark ambience. The creepy, sinister vibes brought on by the unorthodox use of orchestral instruments results in a dark atmosphere that only heightens the potency of the eventual frenetic assaults of doomy grindcore that break through these meandering compositions. 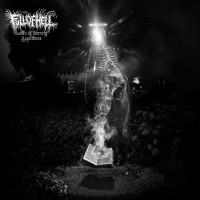 Riding off their victory in this category in 2019 with Weeping Choir, Full Of Hell keep their streak of bludgeoning grind with Garden Of Burning Apparitions. The shortest of their full-lengths, Garden Of Burning Apparitions crams everything into pummeling destruction, and while the band has dipped its toes into noise and powerviolence before, here the noise sounds closer to noise rock at times while still having a very strong power electronics backdrop. It's an assault on the senses, manic as can be, noise so figurative and literal it contorts everything, detours through free jazz and no wave, and just generally music to beat you to a pulp. 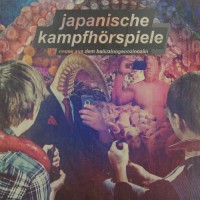 According to the title of JaKa's 10th full-length album, the Holocene epoch has had its day, and instead we find ourselves in an era defined by hallucinogens and genocides. Everything is just a drug-fueled trip to escape reality, but in this state of jaded intoxication even genocide is bearable, if it is served in easily digested, colorful, and media-effective morsels. Musically, Japanische Kampfhörspiele show their most experimental side in years; never before have so many influences been muddled together. The main ingredient is still midtempo grindcore, which offers a lot of groove and breaks, but already in the first few minutes you are overrun by an avalanche of electronic beats, thrashy riffs, and synths reminiscent of EDM. Is that really still grindcore or is it already electrocore? But there is no time to think about this urgent question, because the German quintet just rumbles on in its typically punky and enraged fashion. You just have to let it go and immerse yourself in the wild potpourri of free jazz structures, djent components, rapped passages, black metal riffage, female clean vocals, oriental instrumentals, snippets of noise, 8-bit samples, and relaxing world music. Phew, what a trip! 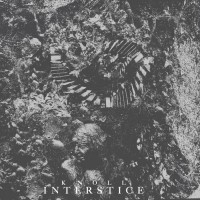 A bunch of grind youths from Memphis getting their debut album mixed by Kurt Ballou and artwork by Ethan McCarty probably means they're doing something right. There's a lot of "wearing you influence on your sleeve" going on here, but getting nominated alongside said influences shows that Knoll are pretty crafty at it. Even though there's some playing around with noisy grind tropes, there's OSDM riffs, sludgy longform, noise ambiance, hardcore moshables, blackened chills, mathy chaos, and atonal despair, and all of it in a soup where you can detect the taste of each ingredient. Not merely pummeling for the sake of pummeling, Interstice has both an ominous terrifying vibe to it as well as its fair share of angst. 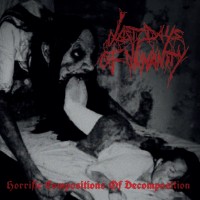 After 15 years, one of the biggest names in goregrind is back! Last Days Of Humanity go as far back as the early '90s and their return is easily one of the biggest surprises of 2021. This comeback album perfectly acts as a bridge, binding the deeply morbid, groovy, down-tuned riffs of the band's first two albums and the noise-influenced, ultra-fast monstrosity of their infamous third opus. It's hard to use the word "mature" for such vile and seemingly unappealing music, but Horrific Compositions Of Decomposition sees the Dutch grinders achieving a very balanced sound that remains as relentless and hideous as ever. To think that so many years have passed and the putrid magic remains intact should bring tears of joy to the well-seasoned grind fan. 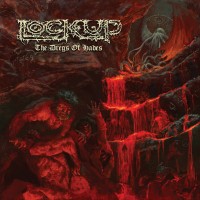 Lock Up - The Dregs Of Hades

Reuniting with erstwhile frontman Tompa Lindberg of At The Gates while retaining Brutal Truth's Kevin Sharp in his current capacity, Lock Up recorded its fifth album with two lead vocalists - and before you go asking what the hell a grindcore band needs with two singers, you should know better than to expect that the legendary Lock Up would waste time, space, or energy. The dual approach adds dimension to these tantivy breaks of violent noise-hammering, with Lindberg snarling hoarsely and Sharp grunting madly, and the guitar work also establishes some separate identities of its own: there are the brutal, chunky, punk-ass grind riffs, but also a lot of instances where death metal-influenced complexity surfaces. Even for an album (and a band [and a genre]) whose prime directive is "go fast, beat down, leave an ugly corpse," there are still allowances made for variety and personal flair, and that's why Lock Up has always been much more interesting than simply a list of names you recognize from other bands. 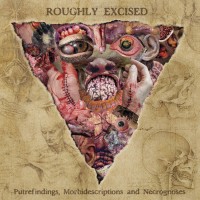 What is this? Sophisticated goregrind? After almost 15 years, the Brazilian duo returns. Do not let the name of the band or album fool you into thinking that this is regular goregrind. Lymphatic Phlegm has always played on a whole different level. One would think that goregrind should not be allowed to be this melodious and intricate, but that is exactly what this album is. The mechanized production of the sludgy bass and highly detailed drumming evokes an ominous vibe that is particularly impressive once you account for the drums being programmed. This doomy foundation is further enhanced by the mind-bending riffs that twist and turn while guitar leads present inspiring solos that celebrate the old days of the genre. Lymphatic Phlegm catapult themselves to the front lines with an album that manages to be traditional and forward-thinking at the same time. Welcome back, gentlemen! 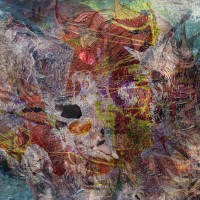 Answering the question "what would happen if you dropped an ice cream cone on a shoegaze record and then played it at a constantly shifting RPM that was always wrong?", Sugar Wounds argue that it is totally acceptable to judge a band by its name. The smooth, chilled-out waves of electro-indie noodling that glitter in the background provide a sweet and summery backdrop to the stinging assault of squealing feedback that attacks from the high end, which takes cues from melting metalgaze and blinding cybergrind alike. Calico Dreams somehow finds time to wander in its own storm of buzzing oblivion, finding brief spells of joy in synthesized quietude, but where the album really drills itself into your skull is the obscenely bright guitar jabs that resemble Melt-Banana processed through a cheese grater. 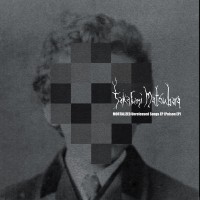 It’s going to take longer for you to read this write-up than it would to listen to Takafumi Matsubara’s new EP, so you may as well jump ship to Bandcamp and get started now; you may be wondering what point there could be in writing a paragraph about nine minutes of music, and the answer is that Matsubara’s weird grind is just that good. When the Gridlink guitarist returned to music in 2019 with Strange, Beautiful And Fast, he affirmed just how wide the gap is between the average grindcore outfit and his own experimental progressions and disparate tones, and this so-called Poison EP gives us another small glimpse of Matsubara’s bizarre inclinations (and his long list of friends). You’ve probably never heard riffs this intricate in grindcore before, and even in sheer noise, Matsubara has most bands beat; we can only hope that this EP is a sign of more strange, beautiful, and fast things to come.