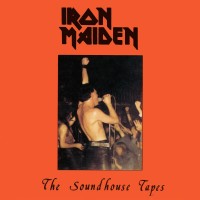 Lyrics (3)
Additional info
Soundhouse Tapes is an EP by Iron Maiden. It features three songs taken from the demo tape, Spaceward, and was recorded by the band on New Year's Eve 1978/79. The three tracks - Prowler, Invasion and Iron Maiden - appear in rougher form than they would later be heard on the first Iron Maiden album and subsequent singles. (The fourth song from the demo - Strange World - would later appear on the 1996 compilation album The Best of the Beast.)

The EP was extremely successful, selling all 6,000 copies of its intitial pressing by mail order in less than a week. This prompted EMI to offer the band an impressive, five album record deal.

The Soundhouse Tapes have been bootlegged several times, as well as being re-released by the band in full on the 4 LP vinyl version of the Best of the Beast box set, and spread over singles and the two CD version released around the same time.

The 'Soundhouse Tapes' title was taken from The Soundhouse club. This was a heavy metal disco run primarily out of the Prince of Wales pub in Kingsbury, North West London by NWOBHM pioneer Neil Kay. Iron Maiden would play regular gigs at The Soundhouse and the venue was instrumental in gaining the band a wider following.
This CD Is So Rare That The Only Way You Could Get One Was To Save And Send In 6 Stickers From The 2002 Iron Maiden Re-Issues. When The Band Re-Issued Its Catalog Back In 2002 They Had A Promotion That They Did By Sending In 6 Stickers And Postage You Could Get Your Bloody Hands On The Official Soundhouse Tapes. This Is The Only Official Release Of These On CD. The CD And Cardboard Sleeve Are In Great Shape The Plastic Is Still On The Sleeve.