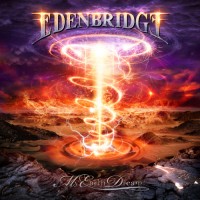 Additional info
All drums on the album played by Sebastian Lanser.

The promo version of this album had a different tracklisting. Some songs were in different order.