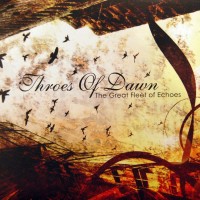 Additional info
Will be released as digipack CD and a 12" double vinyl lp with a 24-bit mastering and two bonus songs.