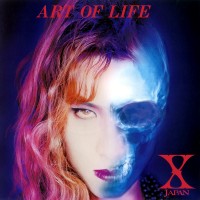 Lyrics (1)
Additional info
Art Of Life was performed only three times: twice live at the Tokyo Dome, on December 30 and 31, 1993, and once for the album recording.
The name of Art Of Life's demo version was "End of the World", with Taiji on bass.
Orchestral backing provided by the Royal Philharmonic Orchestra, London.