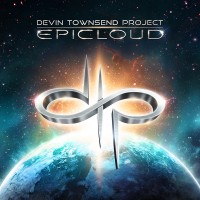 Additional info
It's due out September 18th in North America and September 24th in Europe. Released under the Devin Townsend Project moniker.

The Deluxe Edition album booklet features two extra pages with notes from Devin about the writting proces of the demos and why they didn't make it on the regular disc.

Artwork and layout by Anthony Clarkson.
Photography by Tom Hawkins.