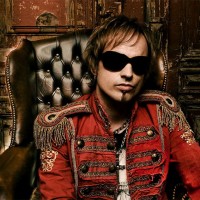 More details are surfacing regarding the upcoming Avantasia double album The Wicked Symphony / Angel Of Babylon. The album will see a April 3, 2010 release date, and will be released as two separate albums, as well as in one box set as limited deluxe edition. Cover artwork for both albums was created by Thomas Ewerhard - known from his work for Edguy's Hellfire Club and Avantasia's The Scarecrow.

A list of confirmed guest musicians is shaping up as follows: