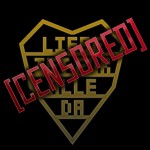 Rammstein are in trouble... again. Authorities in Belarus have declared Germany's Rammstein a threat to the state. They questioned an upcoming concert in Minsk, saying letting it go on would be a "costly mistake" for the country.

Rammstein's music could "destroy the Belarusian state system," said the country's Public Council on Morality on Monday. The Council described the band's songs as propaganda for "violence, masochism, homosexuality and other abnormalities" and said "permitting a Rammstein concert would be a costly mistake."

The German group, which is known for the sexual and violent nature of its lyrics, was scheduled to perform at Minsk Arena on March 7. Writer Mikalay Charhinets, head of the government's Public Council on Morality said he regretted that tickets had already been sold for the concert, but that if the event were to take place, the program would need to be revised in order to prevent "extremism."

Belarus is a former Soviet republic and has been ruled since 1994 by President Alexander Lukashenko, who has been referred to as Europe's "last dictator." The country's Public Council on Morality, a state-sponsored censorship agency, was founded in 2009 and has been accused of suppressing freedom of opinion.

The Rammstein concert organizers told the Interfax-West news agency on Monday that they had "no information that Rammstein will spread violent, perverse, cruel or Nazi ideology at their concert in Minsk."

In an ongoing quest of the Belarusian Public Council on Morality to make complete fools of themselves, the members of the Council now demand a preview of the show that Rammstein are scheduled to perform in Minsk on March 7. Here's the story as reported by Naviny.by - a Belarusian news site:

"The members of the Council believe that with its work, the band openly propagates homosexuality, masochism and other perversions, as well as cruelty, violence and abusive language," the Public Council on Morality said in a statement issued on Monday. "The group's concerts often feature live acts of intercourse, ejaculation and acts of imitating the Nazis."

"We looked through pictures and watched videos of Rammstein shows," Mikalay Charhinets, chairman of the Council who heads the government-backed Union of Writers of Belarus, said in an interview with BelaPAN. "They really show pornographic, violent and cruel scenes," he said.

The Council wants officials who have permitted the show to watch the preview "to either ban the concert or bear responsibility for the propagation of violence, cruelty and Nazi ideology," Mr. Charhinets said.

An organizer of the show told BelaPAN that no appeals for the preview had been submitted by the culture ministry or any organizations.

Founded in July 2009 at the suggestion of the Belarusian Exarchate of the Russian Orthodox Church and the Union of Writers of Belarus, the Public Council on Morality includes around 30 members -- representatives of the Orthodox, Catholic, Judaic and Muslim denominations, public associations and art unions, as well as art figures, educators and scholars. Its officially declared priority is to tackle problem issues in society.