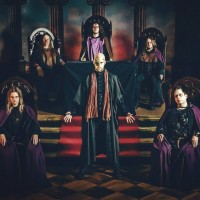 Swedish heavy metallers Bloodbound have announced that the band will release a new album after the summer. The band issued the following short update on their Facebook page, letting us know that a new album is in the works: "Today we will start the vocal recordings for the 5th Bloodbound album! The album will be released on AFM Records after the summer! Greetings from Nosferatu and the boys!"