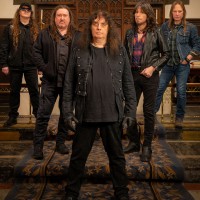 Satan is coming to you. You'll also be pleased to know that the band is writing songs for a new album as well.

Dates marked with * will feature BAT, the new band featuring Ryan Waste of Municipal Waste, Nick Poulos of Parasytic and Felix Griffin, formerly of crossover legends D.R.I.. These shows will also be the very first for the band.