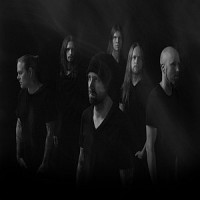 Swallow The Sun have announced that drummer Kai Hahto is stepping down from the band. While neither the Finnish band nor Kai Hahto say he is leaving the band, Juuso Raatikainen has been announced as the band's new official drummer. You might remember that Kai Hahto is working with Nightwish on their upcoming album as Jukka Nevalainen will take a break due to health issues. The music for the new Swallow The Sun album is ready and they promise something big for their next release.

The melodic death/doom metallers had this to say about it: "Hi, guys. We are saddened to announce that Kai won't be playing drums on the next Swallow The Sun release, or on upcoming tours. Kai's job with Nightwish will take so much of his time, at least for the next couple of years, that we all have agreed that from now on it is better for the amazing Juuso Raatikainen to take on the drums officially. Kai is our brother, and will always be a member of Swallow The Sun, so he has not been kicked out, nor has he resigned, but now we have Juuso on board as well - no drama or other bullshit, just a bigger family.

"Then, some better news: hopefully, we'll soon be able to reveal you massive news about the next chapter of Swallow The Sun's gloomy path. The music for the next Swallow The Sun release has been ready for over a year, but we are going to release something so huge, that to make this happen the negotiations with Spinefarm have also taken a year. We are very close to getting into an agreement on both sides, and then we can, finally, enter the studio. This is something that not many bands have done before - not in Finland, and not often in the whole world - but, until we get the green light to hit the studio and start recording this opus, the secret will hold. Godspeed."

Kai Hahto offered: "Swallow The Sun will be always in my heart and we have shared some incredible times around the world. I haven't left the band, I just step aside for now and let's see where the future takes us. Thanks Mikko, Aleksi, Juha, Markus, Matti and all the fans! Until we meet again!"

Juuso Raatikainen said: "I'm honored getting this opportunity to continue the work of such great drummers. Won't let the STS fans down!"