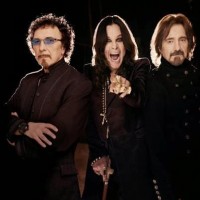 As you know, Black Sabbath are currently on their farewell tour. Recently, they have announced the last three headlining concerts added to the final North American leg of their massive 2016 The End world tour. The iconic heavy metal band will play their last show ever in the U.S. on November 12th at AT&T Center in San Antonio, Texas. However, for their final eight shows, Black Sabbath return home to close the final chapter in their incredible story. The end will be in Birmingham, of course.

Their final run of dates across the UK and Ireland, the last leg of The End tour, will start on the 20th of January 2017 at the 3 Arena in Dublin and will then hit arenas in Manchester, Glasgow, Leeds, 2 nights at The O2 in London and will culminate in 2 nights in their hometown at the Genting Arena, Birmingham.