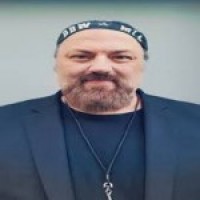 American prog rock band Magellan has lost its founding father, vocalist and keyboardist Trent Gardner (his brother, also founder, Joel Wayne Gardner died in 2014). He passed away suddenly and this memorial fund was created by his family. R.I.P.

Trent's son posted about his father passing: "My name is Trent Gardner II and my father and Magellan founder Trent Gardner passed away suddenly June 11, 2016 in Vacaville, CA. Due to his sudden passing we need immediate financial assistance to ensure a proper, dignified burial for my father. My father affected people all over the world with his music and my family and I are grateful and humbled by any size donation that you are able to give.

"I have had the privilege to have a front row seat to his musical genius my entire life and I have many memories that I will hold onto for the rest. His studio shared a wall with my bedroom and late at night when he used headphones, I always knew when he was working by the vibrations of his leg bouncing on the floor keeping time. Or like when he would mull over lyrics or a musical idea early in the morning as we watched the original series of Star Trek and would then immediately run upstairs to get it recorded before he lost it.

"He also taught me how to be a committed father and husband and I am so blessed that I had him as my father and bear his same name. His tenacity in and outside the studio is known to all those who were around him and that music and being a creator was his sole driving purpose in this world. As Magellan was his legacy I will continue to maintain this website and catalog and I hope that he, like his music, is now able to transcend all things temporal and that he is now able to make the music he always wanted. Goodnight dad, I love you. - Trent II."