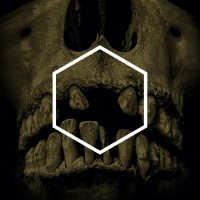 Various artists across the metal spectrum have been tapped to contribute cover versions of the songs that are part of the Lustmord's album [ O T H E R ] (originally released in 2013). The new compilation, titled The Others (Lustmord Deconstructed), will see the light on April 1, 2022 via Pelagic Records. One of the songs - "Ashen" - covered by Godflesh, is available for streaming via Bandcamp.

From the artist's Bandcamp page:

Over 13 years after the release of [ O T H E R ], Pelagic Records has gathered 16 bands and solo artists to record their own unique takes on tracks from the Other-sessions. The result is an album that is more than a compilation, and more than the sum of its parts; covering a wide range of musical niches and directions, but sharing the same underlying mood and vibe defined by Lustmord's timeless soundscapes: from the ambient solo performances provided by Ihsahn, Enslaved or Jonas Renkse (Katatonia) to the subdued voice of Zola Jesus woven into Lustmord's sombre fabric to the industrial carnage that is Godflesh's version of "Ashen".

What demonstrates the profound influence of Lustmord on this contemporary music underground showcased here is that artists from disparate ends of the sonic spectrum all feel inspired to explore the essence of his idiosyncratic sounds within their own realm: experimental electronica icons Ulver excel on a stunning, hazy rendition of "Godeater", while Japanese post-rock act Mono deliver a crushing version of "Er Eb Os", and The Ocean take us on a cathartically heavy mindtrip back to our "Primal [State Of Being]". In the end, each of these 16 artists delivers an interpretation that pays the deepest respect to this pivotal artist, while also standing out as a new track of its own.