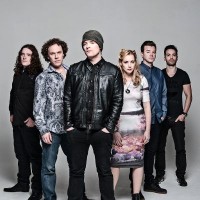 Official statement from Anathema as follows:

"We want to let you know that unfortunately life has been very tough on one of our band members, Dan, in the last two years, and He has attempted suicide. He has has been under a chronic and profound depression for years."

"He survived the suicide attempt and is getting better. It’s a miracle he survived the last two years at all. He never left the house for a year, and contrary to theories, he was never institutionalised in any way and has never in his life had contact from the police, or the psychiatric services.

"Dan is a reasonably decent human being who seems to have become lost. Hasn’t been himself at all for years. He did go voluntarily to hospital once for a few days, to avoid the ability to commit suicide, but apparently the NHS facility was even more depressing. The NHS need help and we are pledging 10% of our GoFundMe to the mind charity.

"We are now working to bring something good to the world and Dan wants to improve as a human being and be a better man, and never do anything so stupid again. His doctor is also trying his best to prevent suicide happening again.

"He is under professional mental health care and is very dedicated to 12 step of addiction recovery, of which he is very active. Dan has been diagnosed with profound depression, daily chronic horrific anxiety, complex post traumatic stress disorder for 25 - 30 years, and he has ADHD. He has not been himself at all for 4 years now, at least.

"Many of you share this type of struggle. Maybe music is part of healing. Hard lessons have been well learned. This was the hardest. Lessons were learned. Maybe that’s why we have hard times.

"We wish Dan a good recovery. Obviously we were not sure if posting this was a good idea, but the truth is the truth, and perhaps it’s time you heard it.

"We truly hope all of you, every single one of you without exception, live happy and blessed lives. Yours in healing."