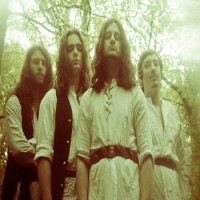 British rockers Wytch Hazel have parted ways with drummer Jack Spencer, who has been in the band since 2015. To replace him, former drummer Aaron Hay, who played in the band between 2011-2014, returns to the lineup.

The band comments: We are sad to announce that after nine fantastic years, we have parted ways with Jack. The reasoning for his departure is complex and we would kindly ask that you respect this decision, and not push Jack or ourselves for more details. He will be sorely missed but we wish him every success for the future in all his other musical projects. We’d like to publicly thank him for all of his hard work and contribution to the bands success. More importantly, we’d like to thank him for his friendship, sense of humour and his ability to inspire us all. We’re pleased to welcome Aaron Hay (WH mk I) back into the band to fulfil drum duties."