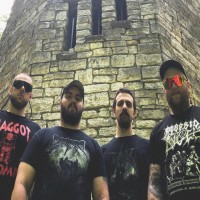 Sanguisugabogg have just announced the follow-up to last year's Tortured Whole (review here). Homicidal Ecstasy, will be released February 3rd via Century Media (pre-orders here). It was produced by drummer Cody Davidson and mixed by Converge's Kurt Ballou. You can watch the video to the first single, "Pissed", below. 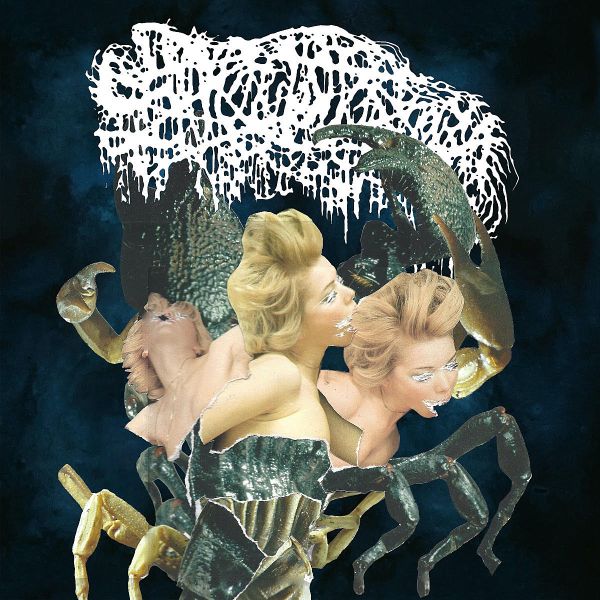 Artwork was done by Caleb Butcher and layout by Brendan Coughlin.

The band posted the following: "We’re extremely excited to reveal our first single and info on our new full length album Homicidal Ecstasy which is due out February 3rd, 2023 through Century Media Records! We’ve been hard at work grinding this album out this year and put every bit of our heart into it in between our hectic touring schedule and personal lives. Big props to our drummer and producer Cody Davidson Fix My Face Records for handling recording duties and handing the mixing duties to the amazing Kurt Ballou of God City Studio who of which is someone we have looked up to for a very long time and mastering duties to Alan Douches of West Westside Music.

"This year has been amazing for us to say the least between touring non stop and being main support for bands such as Cannibal Corpse and The Acacia Strain as well as currently touring out of the country with one of our favorite bands Full Of Hell in Europe! It’s needless to say we’re ready to start next year with a record that bangs and tours that will follow! This is only the beginning! Get ready for a new chapter friends! Stream our new single “Pissed” everywhere and watch our video for it which was directed and shot by David Brodsky and Allison Woest of My Good Eye: Music Visuals."

"Thank you to our fans and newfound fans for the undying support we greatly appreciate and can’t wait to have this record in your hands and live inside your ears!"