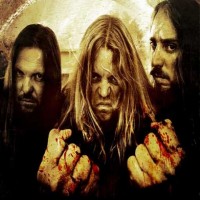 Announced today, thrash metal legends Sadus have officially joined the Nuclear Blast Records family. Led by founding vocalist/guitarist Darren Travis and drummer Jon Allen, they are currently preparing for the release of their first record in 16 years due out 2023. With the signing comes also the band's ferocious new single, "It's The Sickness". Check it out.

Comment from the band: "We are proud to announce that we have officially joined the Nuclear Blast family! As Joe Perry from Aerosmith says... ‘Let the music do the talking!!!’ Listen to our new single "It's The Sickness" on all streaming platforms."