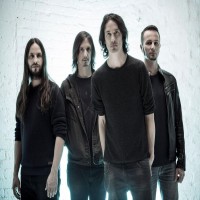 The following message was posted on Gojira's official website:

"Joe (vocals / guitar) of Gojira will play the bass on reunited Igor and Max Cavalera's new band recordings which album is to be released on Roadrunner later this year. Joe expressed his genuine enthusiasm in taking part of this to be much talked about project : ' Playing with Max and Igor is like living a dream, I 've always had so much respect for their musical achievements, it is an incredible personal experience for me ". The recording is taking place at Dirty Icon in L.A.with engineer Logan Mader and started on the 8th of July. Gojira recently shared stages with Slayer, Mastodon, Chimaera, Beastie Boys etc at the Hove and Roskilde festivals in Norway and Denmark respectively. The band has confirmed their appearance at the Rockozarenes festival in Switzerland opening for Nine Inch Nails and Samael in August."

The band is also currently writing new stuff for a late 2008 release.