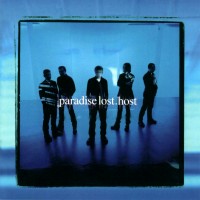 
"Host" is an obscure part in the course of Paradise Lost, concerning not the band and its sound but their fans. Many love to hate this album, some totally ignore its existence and consider it not a Paradise Lost release and there are many as well that love it for everything it has to offer.

The fact is that I really can't get why such a big part of the metal fan-base of Paradise Lost hate this album since it is Paradise Lost and this fact is quite obvious while listening to "Host", their most complex album when it comes to sound matters and ideas. Paradise Lost worked hard to bring this album to life, the use of electronics and FX is genius and it pays tribute to the synth-pop scene of the 80s and early 90s (a.k.a. Depeche Mode) incorporating as well elements from the dark sounding paths of the 80s infiltrating both influences through a Paradise Lost prism offering an in depth composed album.

The guitars this time have only an accompanying role, remaining often in the background, but they interpret their role in the most ideal way, lending to the fragile and gentle aesthetic of "Host". The fluid guitar sound and the FX/Echo-driven guitar passages lend their beauty to the affected atmosphere of the compositions with Greg Mackintosh and Aaron Aedy keeping the Paradise Lost feeling in the guitar passages, no matter how "different" they may seem. The rhythm section is adorned with FX as well, especially the drumming which evokes either a beat-like sound or has a more artificial approach in terms of expression. What someone may notice is the use of orchestrations from time to time and whenever they enter the compositions they evoke a unique serene and emotional atmosphere, making the overall sound of the band more affected and beautiful.

Greg Mackintosh's musical mind paves the way with his ideas and melodies in the most appropriate way in the composing part and this is the moment Nick Holmes' voice enters to give life to his integral and emotional lyrics. His vocal lines have a sense of Morrissey (The Smiths) and Dave Gahan (Depeche Mode), remaining always personal though. No more husky vocals, his voice is pure and clean and there's no need for a turning back at the moment. This time Paradise Lost have the best vocal interpretation they ever had as a matter of quality with Holmes showing his true vocal abilities, singing with such passion and emotion.

"Host" is an album that flows as one and the fact that Paradise Lost achieved, for one more time, a sound balance through its whole duration is for sure in the plus of the album, along with the wonderful production and the fabulous compositions and atmosphere. It is the most esoteric and fragile release of Paradise Lost with the band pouring themselves in the resonating blue of melancholy, taking a risky step without being afraid and the history has shown, despite the blinders and not thoughtful reactions of a big part of the metal fan-base of Paradise Lost, that "Host" is a very good Paradise Lost album, having a different approach but keeping the sense the band always had.

Written on 06.12.2005 by
KwonVerge
"It is myself I have never met, whose face is pasted on the underside of my mind."
More reviews by KwonVerge ››