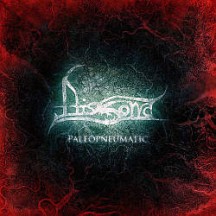 
One of the most agonising things is uncovering a gem of an album only to come to the cynical realisation that it's probably going to be several long years before you get treated to another taste, and that's if the band continues. Certainly, you can always replay the album, but albums that resonate with me have always engendered a distinctive craving which is only momentarily satiated by new material. Over the years this tends to subside, but I'm hardly exaggerating when I say that I've been eagerly waiting for this moment for nearly four years.

For those of you who have had the opportunity to hear Dissona's self-titled debut, you might recall the sheer amount of stylistic diversity and originality demonstrated on that album. The fact that those tracks were disparate was certainly a highlight for me, yet I can imagine that others might find that level of quirkiness daunting. As with most forward-thinking artists, Dissona have taken their sophomore effort, Paleopneumatic, to a level of stylistic cohesion and accessibility that will surely appeal to a wider audience. Staying true to their characteristic flair, they have simply smoothed-out the endearing - but potentially jarring - edges of their debut.

Pigeonholing this hour of avant-garde-tinged progressive metal would serve naught but to distort expectations. The truth is, you'll be met with an eclectic array of styles and sounds that requires your undivided attention. A few seconds of distraction could mean finding yourself in a position where you're wondering if it's even the same song. The playful nature of the instrumentation creates a veritable aural roller coaster. Guitarist Matt Motto, for one, must have some sophisticated gizmos in his musical toolkit, producing inventive chords from under the table and spearheading the music with well-placed key and time signature changes. While a virtuoso without a doubt, he devotes his talents and classy guitar abuse to the music. Drew Goddard showcases imaginative drumming and percussion, dancing between stylistic and rhythmic changes with an admirable mastery. Together with bassist Craig Hamburger - providing the delectable and palpable bass riffs - they prove a rhythmic force to be reckoned with. Once again establishing himself among the most diverse vocalists in the genre, David Dubenic presents an adept arrangement of deep cleans, soothing falsetto, "grungy" vocals, black metal shrieks, and savage growls. His emotional delivery evokes a commanding and enchanting presence that instils a truly visceral response.

I've never been one to comment on production, but it seems Matt Motto has a few more tricks up his sleeve. In spite of the demands fashioned by innumerable stylistic changes, the production keeps up, moulding to each unique moment. Whether chaotic or serene, each musician secures a distinct place in the mix. Chunky and almost percussive bass tones punch through nicely alongside the satisfying crispness of the hi-hat and ride. A pleasant frequency of choirs and varied electronic sounds heighten the intended vibe's intensity, as shown at the four-and-a-half-minute mark of "Another Sky" or the introduction to "Breach." Angelic vocals provided by guest musician Desirée Hassler complement the music with an ethereal contrast.

Whether it's the ambient and electro-driven "Outside The Skin," the grim and blastbeat-laden "Breach," the climatic "Totallity," the tech- and groove-oriented "Odium," (features a 5-second guest vocal performance from Smaug) the more straightforward "The Last Resistance," or the mournful acoustic performance that is "Sunderance," Paleopneumatic is nothing short of impressive. Dissona have crafted a challenging release that will likely strike a chord in anyone who is partial to anything out of the ordinary. While anyone expecting the level of eccentricity that can be found on their debut will be disillusioned at first, it is clear that the band matured musically since that release. I, for one, am already beginning to experience that all too familiar bittersweet feeling. Here's to the next couple of years - I hope - until Dissona graces us with another release?