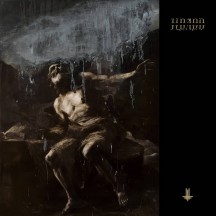 
With ten full-lengths under their belt, all more or less acclaimed within the extreme metal community, Behemoth have nothing to prove to anyone. Throughout the band's long career any experimentation and progress from album to album was somewhat restrained and given in small, manageable doses. As a result the fans never really felt "alienated" or "betrayed". With their eleventh opus, I Loved You At Your Darkest or ILYAYD for short, Behemoth have come up with what is bound to be their most divisive release ever.

Satanica was my most appreciated record by the band until The Satanist came out. The fact that Nergal managed to overcome his illness and offer us such a refreshing and relatively diverse piece of music was a remarkable feat. In ILYAYD the band is further expanding the sound and scope of The Satanist and embrace an even darker, creepier atmosphere.

And it is more black metal than death metal. Hooray! (or "Hail Satan!", you choose).

ILYAYD is positively influenced by Nergal's dark/neofolk project, Me And That Man. It is not afraid to showcase clean vocals, ecclesiastical chanting (a Batushka influence maybe?), children's choirs, melodic/atmospheric passages and orchestral grandeur to communicate its blasphemous message. It is an excellent choice to introduce someone to extreme metal but at the same time it will appeal to those who have grown tired of the "let's-blastbeat-the-listener-to-death" attitude.

Blastbeats are there of course since this is a Behemoth album above all and Inferno shows that he is among the best in the business in "Wolves Of Siberia" and "Angelus XVIII". But it is the chanting in the chorus of "Bartzabel" that will get you hooked. It is the blending of Fields Of The Nephilim-styled goth with black metal in "If Crucifixion Was Not Enough…" that will bring you to a state of depressive bliss (yes, I know it's an oxymoron). It is the dark atmospheric melodies of "Havohej Pantocrator" - the twin diabolic brother of "O Father O Satan O Sun!" - that will escort you to the depths of hell. It is the precision and quirkiness of "Sabbath Mater" that will convince you that this is Behemoth at their peak and their most mature and, finally, it is the orchestral elation of the closer "Coagvla", that will bring you in touch with the divine, whatever that means for everyone. All that said, it is undeniable that the children's choir, heard in the opener "Solve" and replayed in "God = Dog", balances between creepiness and cheesiness but in the end I found that it doesn't sound out of place at all; instead, it peculiarly fits in perfectly.

I get that Nergal comes across more and more as a pretentious primadonna and that all this media exposure probably harms the band more than it does them any good but the music is what's important here and I Loved You At Your Darkest undoubtedly impresses in this department. Its instrumentation is impeccable. The production is top-notch. Its replay value is extremely high, in fact I think this is the band's most addictive album.