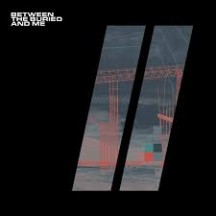 
Even for a band with a history of album 'sequels', sticking 'II' on the end of your most celebrated album's title and making that the name of your new record is a bold move.

There's room to debate the 'best' Between The Buried And Me album, but it's fair to say that Colors is the most significant record of the band's career to date; it's the one that they did a 10-year anniversary tour for, it's the one they did a full live performance of on a stream during lockdowns in 2020, it's the one that reliably pops up on 'X of all time' lists. A lot of this is because it indicated the most substantial progression of the band's sound, seeing the appearance of not just their first song breaking the 10-minute barrier (discounting tracks with hidden songs at the end), but 3 of them, as Between The Buried And Me went into full prog overdrive and ramped up the melodic aspect of their chaotic, abrasive tech death/metalcore approach. In calling their new album Colors II, BTBAM knowingly draw daunting parallels, stating that the need to record something emphatic to make a statement in a music industry massively affected by the Covid-19 pandemic echoes the crossroads they found themselves in, and resulting drive to make a do-or-die statement they felt, prior to the release of Colors.

That's why this album is called Colors II; does the end result live up to that mission statement? Well, the first thing that becomes apparent when listening to the album is that, whilst Colors was a big jump forward for the band, Colors II is in some ways a move backwards for the band stylistically; with the extremity ramped up, the songs more madcap and the album ending with a 15-minute leviathan (the album in total is an eye-watering 79 minutes), this is the closest that BTBAM have sounded to Colors since Parallax II: Future Sequence. Now, full disclosure: I am a huge Between The Buried And Me fan, and a bigger fan of Colors, to the extent that my band held a viewing party last summer for the Colors livestream. For those that were looking for the band to go further in the direction they went with Coma Ecliptic, Colors II might not be the shift they were hoping for, but long, frenetic songs that go all over the place and drop epic moments on you out of nowhere is what I love about the band, so I found the first 'surface' playthrough of Colors II very exciting, and further listens have continued to reinforce that first impression.

The album gets off to a great start in the form of "Monochrome", three minutes that progress from delicate piano through increasingly heavy riffs and vocals until the band explode into "The Double Helix Of Extinction", just as they do with "Foam Born: The Backtrack" on the original Colors. Beyond that, there's so much to digest across nearly 80 minutes of music that attempting to summarize it all here would be exhausting, but rest assured that Between The Buried And Me cover the whole dynamic spectrum, with the blistering introduction of "The Double Helix Of Extinction" (again, not far off "Foam Born: The Decade Of Statues") countered by airy proggy exploration later in the song. Particularly notable moments on Colors II include the huge breakdown in "The Future Is Behind Us", the frenetic guitar solos and drumwork on "Fix The Error" (featuring Mike Portnoy, Ken Schalk and Navene Koperweis as guests) and the danceable synth intro to "Turbulence", but there's huge walls of sound, exhilarating instrumental work and intelligent musical detours abound throughout.

There's not really a weak moment on Colors II for me; not every moment works, but most of them are over in the blink of an eye anyway, and I enjoy all the songs. I would say that, on the flip side, there's not been many moments that have blown me away in the way that BTBAM can at their best, but there's more here than on the last couple of records. The two songs that have really stood out are the longest ones. "Never Seen / Future Shock" features ear-catching synth lines, guitar runs, quirky pipes and a whole lot more, but really caught my ear early on with a chorus that makes me think of, as much as anybody else, Soilwork in their softer moments. The obvious album highlight as far as I'm concerned, however, is closer "Human Is Hell (Another One With Love)", a song that follows in the strong legacy of awesome long BTBAM album closers and pays obvious tribute to the greatest of them all, "White Walls" from Colors, with its percussive intro and epic synth-led outro. There's so much in this song to unpack, from the captivating guitar leads to the eerie mellow midsection, and I'm excited for others to have the opportunity to explore it.

This is unashamedly Between The Buried And Me; if you're someone with a vocal dislike of the band, listening to Colors II would be a waste of time. However, anyone who enjoys the Colors-thru-Parallax II period as much as I do should be right on board with Colors II. With such extreme length, it's an exercise in excess, but it's just so much fun, and when BTBAM say in the promo notes that they feel that it's their 'most creative material in a long time', I completely agree. Finally, there's a record that can challenge Dvne's Etemen Ænka for my album of the year.

Written on 19.08.2021 by
musclassia
Hey chief let's talk why not
More reviews by musclassia ››