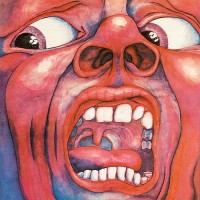 
It's been over 50 years since the legendary progressive rock group, King Crimson, released their magnificent debut, In The Court Of The Crimson King, and this album is not only a progressive rock masterpiece, it is also considered by many, as well as myself, to be amongst the greatest albums in history to ever be released. It's also one of the most influential albums in the history of rock music, as it was absolutely essential in birthing the progressive rock genre.

I am strongly convinced that this is the very album where the ultimate transaction, from psychedelic rock to progressive rock, began; this record was the beginning of the end for the 60's psychedelia era, which had dominated rock music throughout the decade, most notably through acts such as The Doors, The Jimi Hendrix Experience and Cream. Psychedelic rock made way for the new progressive rock era to take its place.

King Crimson inspired so many bands to follow up their new progressive rock style, with Pink Floyd being the most renowned; Pink Floyd chose to leave behind their trippy psychedelic sound and evolve into the mature band that would later produce the likes of Dark Side Of The Moon and Wish You Were Here. Along with Pink Floyd, other acts followed in the footsteps of King Crimson, such as Yes and Jethro Tull; this new progressive rock scene, along with the new hard rock scene featuring the likes of Deep Purple, Led Zeppelin and Black Sabbath as forerunners, would go on to dominate British music throughout the 70's.

Although King Crimson had clearly taken their style of music in this new extraordinary progressive direction, they certainly did not abandon the psychedelic sound completely; remnants of the old trippy psychedelic effects still remained on In The Court Of The Crimson King, most notably on the song "Moonchild". Pink Floyd would also use these trippy psychedelic effects much in the same way on their album Meddle, which was released the following year and was to become their introduction into the progressive rock scene.

The whole style and production of the album was completely different to anything done before; the melodies and song structures were complex and unpredictable, and the songwriting in general was more mature, with the lyrics being much darker, more gloomy, and much more meaningful, especially compared to what other rock bands were doing around that time. However, what's most unique about this album is the sheer amount of instruments that were incorporated into the music, and each musician played every instrument at their disposal to pure utter perfection, from the bass and vocals of Greg Lake, to Robert Fripp's use of both the electric and acoustic guitars, to the drums and backing vocals of Michael Giles, to the wind instruments, keyboards and piano sections from Ian McDonald. The wind instruments, such as the flute, gave this album a strong folk influence, like on the song "Talk To The Wind", which seemed like such a bold choice of song for this album, but it just showed the true masterclass performance by these musicians.

The iconic album cover depicts a face showing emotions of despair and paranoia; the face is of the Schizoid Man, who is themed around the song "21st Century Schizoid Man", the heaviest song on the album and the first ever introduction to progressive rock. The song certainly sounded well ahead of its time, and even to this day sounds truly amazing, with its quality guitar sound and synthesised vocals.

The songs "Epitaph" and "The Court Of The Crimson King" are beautifully written songs, with stunning melodies throughout, and "The Court Of The Crimson King" has one of best choruses I've ever heard. "Moonchild" is certainly the hardest song on the album to get into, as it is the most experimental song on the album and the most psychedelic-sounding; some passages on the song sound rather strange, but this was the late 60's and psychedelic music in general was strange at that time.

In The Court Of The Crimson King is an absolute must-have for any fan of progressive rock, and for anyone who appreciates the history of rock music, this should also be in your collection.