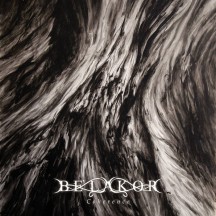 
Based on the pattern of their releases so far, we can expect the follow-up to Coherence in 2027, offering plenty of time in which to enjoy Be'lakor’s latest beast of a record.

The trend I’m referring to above is the additional year that has appeared in the gap between each subsequent release, with albums in 2007, 2009, 2012, 2016 and now 2021. Be'lakor aren’t necessarily the most active band, but their track record to date is highly impressive as far as melodeath fans are concerned, particularly those more inclined towards the melancholic Finnish strain. Coming from Australia, Be'lakor aren’t a part of that scene, and their evocative melodeath has more of a progressive and technical slant to it than the likes of Insomnium or Omnium Gatherum, but the Australians imbue plenty of emotional heft into their music, and the resulting output thus far has been so strong that, in a year featuring new releases from Insomnium, Omnium Gatherum, In Mourning, At The Gates and more, Coherence is arguably the most anticipated melodeath record of 2021.

In terms of what listeners can expect from Coherence, first impressions are ‘much the same as previously’; at a broad level, the emphatic riffs, striking lead guitar riffs and melodies, and sprawling songwriting that have characterized the band’s work to date are all present on this new record, again capped off by George Kosmas’ coarse growls. There’s certain elements that are noteworthy here, such as the inclusion of the band’s longest song to date (closer “Much More Was Lost”) and two of the band’s most developed all-instrumental tracks thus far (“Sweep Of Days” and “Indelible”), but Coherence is not going to be a shock to the system for established fans of the band; everything that you’ve come to like or love (or hate, in a subset of cases) about Be'lakor is gleefully pleasant here, including scattered breaks for piano and occasional blast beats.

After answering whether Coherence is surprising, the next thing to answer is whether it’s good. Answer: yes, it is. If you’re already on board the Be'lakor hype train, I don’t see this album turning out to be a disappointment. The progressive nature of the writing again delivers multi-faceted songs that take the listener on satisfying journeys, whether it be the lush acoustic-heavy melancholy of “Sweep For Days”, the unusually uplifting and upbeat tone of “Valence” or the more typical “Foothold”.

How the album ranks in their discography to date is more up to debate; I personally hold Stone’s Reach and especially Of Breath And Bone as amongst the finest that the genre has to offer, and in comparison to a record that is as consistently exhilarating as Of Breath And Bone, there is more of Coherence that feels slightly ‘Be'lakor-by-numbers’: fine while it lasts, but not necessarily demanding your attention to the same extent. Still, when those signature moments of Be'lakor magic arrive, they’re as potent as ever; “Hidden Window” has a thoroughly rousing second half featuring some stirring leads and harmonies, whilst that grand closer “Much More Was Lost” has lovely interplay between the piano and sad guitar leads amidst a series of potent emotional peaks.

Ultimately, I would hold Coherence at a similar level to Vessels; lacking the consistent jawdropping magic of their best albums, it nevertheless serves as a fine example of what the band that is arguably the gold standard in melancholic melodeath is capable of. At the end of the day, it’s unrealistic to expect an album as brilliant as Of Breath And Bone every time Be'lakor emerge from the studio; without those expectations, Coherence is a seriously strong record that provides ample pay-off for all that anticipation.