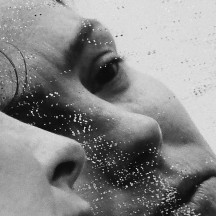 
The world is in a pretty rough place. We're still figuring things out. Emma Ruth Rundle ditched her electric guitar.

I've been a fan of Emma Ruth Rundle for some time now. I don't wanna go too much into fanboy territories, but let's just say I'm somewhat at an age (and it's surely not just age, but also having to constantly keep up with new releases for the work that I do here) where I enjoy a lot of music, but a lot of it doesn't stick that long with me the same way that music I listened to when I was a teenager did. It's not as grave as I'm making it out to be, but there's a distance between the music I listen to and the music I genuinely feel like it has a place in me. So for the longest time I was ok with the idea, I thought that's it, my favorites are in place. And then Marked For Death proved me wrong. It's that rare that an album really becomes the kind of thing where you love every song, every line, every moment.

Ok, this is not a review of Marked For Death. And even by the time I reviewed that album's follow-up, On Dark Horses, I wasn't as big of a fan as I am now. But I was still taken aback when the first single from this album dropped, namely "Return". Other than the timbre of her voice in certain moments, I could close my eyes and convince myself this was some other singer/songwriter. This isn't to say that I didn't enjoy it, but that I didn't expect it to be so unrecognizably her. Most artists would love the chance to have each of their songs sound instantly recognizable, and yet, here this was. It didn't feel like her, or most of what attracted me to her music in the first place, and yet I kept coming back. And then I got the promo. And even as I'm writing this, I'm still not done processing the whole thing.

It's not usual to write a review of a singer/songwriter album on the front page of a metal site. We have a separate feature for that. Usually if a singer/songwriter album does get reviewed, it's from someone with a metal alumni. Emma Ruth Rundle's music was heavier in her bands like Red Sparowes or Marriages, and even her solo stuff had a bit of a heavier edge, but most of it was because of her creative way of playing the electric guitar and creating textures with it. Her debut album is all about that, and On Dark Horses, being more of a band album, had even more electric guitar. And then she collaborated with Thou, which was the heaviest she'd ever gotten. So to follow that with an album that strips the electric guitar completely, it's... uhh... something.

Granted, a stripped-back album always seemed around the corner. All that heavy stuff was when people could meet. I saw the band set and the Thou collab set at Roadburn. A bit harder for people to meet nowadays. Loneliness does breed introspection. And recollection. Emma hadn't played the piano in a long while. Perhaps now was the right time. Engine Of Hell is, obviously, a pretty lonely and introspective album. It isn't like the guitar playing was the only thing that was great about Emma's music. A big reason why I loved Marked For Death so much was the lyricism, and an album this stripped-back forces you to take the lyricism into account. But if anyone knows me, you know that I'm really out of my element in that regard. Please let me talk about the suave playing and the string overdubs, but don't make me talk about lyrics.

I feel like I'd be betraying some secrets. Right now only the lyrics for the two promo songs are available, and with the album being so intimate, it feels like listening to it, and then talking about it's lyrics would feel like talking about a friend behind their back. I don't wanna overdo the parasocial aspect of this too much, but when I interviewed Emma before everything turned to shit, I made a point that her music sounded happier. To put it mildly, I don't really feel that's the case anymore. Even if most of the album is introspection about childhood, the present still lingers heavily.

Even for such a stripped-back album that mostly has piano and acoustic guitar and vocals, there are some minimal string overdubs that create a pretty elegant chamber atmosphere at times, plus the backing vocals echoing the chorus in "Body" is one of the most poignant moments in the album. There are some acoustic guitar melodies that betray the fact that Emma is a more creative guitar player than the rest of the album leads on. But even so, the recording quality and the way the sound is sculptured makes this a very intimate listen. Where you can almost hear every breath, every strum, every pressing of the keys, not merely the musical sounds that result. And with such a starkly sparse and lowkey album, even compared to some of her more folkish stuff from her previous albums, it puts a lot of pressure on the vocals to lift some of the weight. So part of the reason why "Return" was such a huge surprise wasn't just the change in soundscape, but because I never heard Emma's vocals being this fragile.

I feel like it's tough for me to even attempt to look at Engine Of Hell objectively as a piece of music. Listening to it feels so voyeuristic, and even if it's not the most heartbreaking thing out there, I can't help but not feel "entertained" in the usual way that music does. I feel like if I went in without any a priori knowledge and attachment, I'd find it a pretty fine singer/songwriter record. But that wouldn't be honest.

This has been yours' truly's 500th review.

Written on 03.11.2021 by
RaduP
Doesn't matter that much to me if you agree with me, as long as you checked the album out.
More reviews by RaduP ››