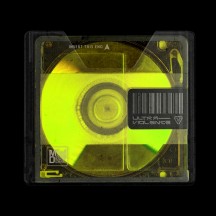 After being notified that Italian thrashers Ultra Violence had a new EP out I was quick to give it a listen, but when I heard it, I thought it was a case of mistaken identity, and a band with a similar/same name were responsible for what I was listening to. Alas, this was not the case, and I was caught unaware that the band had changed their stripes.

After double-checking that it was in fact the same band that only a few years ago were producing A Clockwork Orange inspired thrash albums à la Operation Misdirection, I gave the EP its due and gave it a go. While I don’t begrudge bands for "selling out", it often leads to a case where a band abandons the progress they have made up to that point, to start again. When you listen to Beyond, you have to ask yourself if this change was worth it.

Beyond dives head first into metalcore and immerses itself deep into the crowded pack, immediately losing any identity in the crowd, ditching the band’s prior aesthetic and with a collection of songs that are bog-standard at best. While the band are adept musicians and the songs don’t lack for quality in terms of how they’re played, it is ultimately for naught when what they’re playing is not that interesting to begin with. Tracks like “The Storm” and “The Pain” aren’t bad per se, but they have little to no replay value, aside from scratching your head wondering why the band thought these tracks were solid enough to draw a line in the sand of their career without cutting off their prior audience.

If you are a fan of That’s The Spirit era Bring Me The Horizon, then you might find something to enjoy on this EP, with tracks like “The Silence” written in that vein and with the band basing their blueprint off of that album. While not matching them in terms of quality, Ultra Violence do scratch an itch for fans of that sub-genre of metalcore and might find itself on rotation for listeners if for that reason alone.

The band does at least ensure that the songs are well presented with a solid production behind them, equally balancing the elements that go into each track and ensuring the melody and power are able to come to the fore when necessary and aren’t lost in the shuffle when they move into the background. “The End” does this well and does show that the band didn’t cut corners as they changed direction (though the turntable scratches underlines just how far they turn in a new direction).

Much like when the Droogs abandon Alex and ultimately turn on him, Ultra Violence have turned on their audience and hit them with something they were not expecting. Beyond is a well played and produced EP that you were unlikely to have asked for nor wanted, but that is little consolation for what is an otherwise average metalcore release.

Written on 24.11.2021 by
omne metallum
Just because I don't care doesn't mean I'm not listening.
More reviews by omne metallum ››