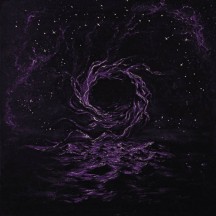 
01. Nox / Intro
02. Through The Stars Into The Abyss
03. Night Of Everlasting Fire
04. Secret Temple Of Invisible Light
05. Proclaiming The Truth Of The Other Side


‘Stars’ and ‘abyss’ in the album title indicate cosmic black metal; the ‘true’ and ‘raw’ tags on Bandcamp, along with the Immortal-style band picture point towards something more classically Norwegian. What do Demonic Temple actually sound like?

Demonic Temple are a duo from Bogatynia, Poland, and Through The Stars Into The Abyss is their third full-length record (although good luck finding anywhere to listen to some of their other releases online). Their Bandcamp page describes them as one of the ‘mightiest yet most-overlooked entities’ in Polish black metal, and the second claim is definitely easy to see, as there seems to be minimal coverage of this band online. When I encountered this album, I wasn’t necessarily encouraged by the ‘true’ and ‘raw’ black metal tags or descriptions of the band as ‘reverential of black metal’s ancient past’, as I have very little interest in second wave worship. However, there’s more to Through The Stars And Into The Abyss than the surrounding packaging might suggest.

Despite the album name and artwork, this isn’t really anything I would consider to be cosmic black metal; however, neither is it lo-fi Norsecore. There is a bit of that to be heard towards the beginning of the record, with the somewhat primal production and opening tremolo riff of the title track pointing in that direction; however, as the song progresses, the grim preacher-esque outbursts of the vocalist run close to a band like Regarde Les Hommes Tomber, whilst the guitars and drums blast forwards relentlessly in an almost psychedelic manner, with a sinister dissonance to the guitar tones. I saw one comment draw parallels with Leviathan; I don’t think Demonic Temple quite reach that level, but certainly the swirling maelstrom of sound feels closer to a band such as Leviathan than classic black metal acts such as Immortal or Darkthrone. There’s also some subtle semi-melody/atmosphere brought into the mix in key moments to add a melancholic touch.

Whilst the furious non-stop blasting on the title track does create a psychedelic trance, it’s also nice to see that Demonic Temple can be effective when not merely going full-pelt; “Night Of Everlasting Fire” fluctuates in tempo and intensity, allowing the dissonant edges to the riffs to breathe into the mix. There’s still plenty of angry blasting on this song, and the others left on the record, but Through The Stars Into The Abyss manages to be both breakneck and bleak at different points. There are some nice guitar motifs weaved into the songs that are slightly drowned out in the album mix if you don’t really focus, which is a slight shame, but the production job does generally support the intended vibe of the music.

Through The Stars Into The Abyss isn’t necessarily a remarkable spin on dissonant black metal; most of what’s featured here been heard on quite a few other black metal records. However, in a surprisingly fallow year as far as black metal is concerned (at least compared with the last couple of years), the ritualistic vibes and strong sinister atmosphere conjured by this Polish duo have impressed me more than most albums in the genre in 2021; if you’ve felt similarly about this year’s offerings so far, I’d recommend giving Demonic Temple a shot.

Written on 21.11.2021 by
musclassia
Hey chief let's talk why not
More reviews by musclassia ››