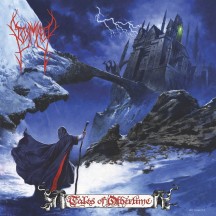 
Here at Metal Storm headquarters, we like to relax in between all our arduous work as reviewers. Some of us drink, read, or play pool in the lounge room. Radu and I decided to play some D&D when suddenly BAM! All Stormkeep’s members smashed through the door.