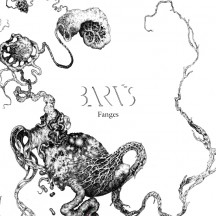 
The 31st of December has got to be the worst possible release date.

Imagine this: everyone (except us) has already released their top albums list for last year, some as far back as November (for some fucking reason), and it's already January so people are already frantically listening to stuff released that month so that they can fill their lists for that year. Or even worse, they're still hungover from the Christmas and New Year's celebrations. Before you know it, you album has been lost to the dusts of time, and it's barely been a week since you released it. Deja vu. As one wise colleague put it: "But 'This album contains one of the most terrific bm tracks of the previous year!' doesn't even sound half as exciting, unfortunately."

This year it was somewhat lucky that the first release Friday of the month would be the 7th of January, so that gave late December releases the most amount of time they could have before the first big batch of 2022 releases would come and sweep. I mean, 31st of December 2021 was technically a release Friday. And since I'm in the middle of both trying to get back to my routine work-wise, workout-wise, and MS-writing-wise all the while wrapping up the final 2021 monthly articles for December, all the while throttling our top confidential MSA work; this has left me, after completing the final batch of 2021 reviews, for the first time in forever, with an empty review queue. If the circumstances were any different, I probably wouldn't have made the spontaneous decision to do one final 2021 review.

Ok, that's enough about this album's release date, let's talk actual music. Barús debut self-titled EP back in 2015 was an absolute monster, one that already started talks about them potentially being the next Bølzer. Their progressive death metal materialized even further in their debut full length, 2018's Drowned. In just two releases they already showed immense mastery over atmosphere building and very tight songwriting. 2021's Fanges EP is more an EP in name only. While their self-titled EP was rightfully an EP at 23 minutes of runtime, Fanges is a whooping 34 minutes. Though its two-track approach might warrant the EP label, it would be far from the only two-long-tracks death metal albums from this year. And indeed, the biggest change in sound is how Barús approaches the long form. While their previous songs were still sometimes long, none was longer than 9 minutes, and here both push over the 15 minutes mark. But in quite different ways.

"Fanges", the song that gives the album its name, is the longer of the two, at 19 minutes. Taking a more ambient approach, one molded in sludge and overdubs, one that's taking it's sweet time just building tension, slowly lumbering and moving through noise and spoken word samples and hulking riffs. The song was apparently an experiments into doing something more collaborative and improvisational, or at least that would've been the plan had it not been for the lockdowns, which does seep into the song's claustrophobic sense of dread. "Châssis de Chair" is the more straight-forward of the two, in a relative sense, because it completely turns "Fanges" disparate pieces of distant collaboration into a single live-in-the-rehearsal-room song. The end result is much more visceral and biting than the anxiety-ridden dirge of "Fanges". Already from the way it opens, one can feel "Châssis de Chair"'s face melting riffs and dissonant suffocating atmosphere, but it quickly showcases is huge expansive dynamics with more build-ups and shifting paces.

Two approaches, each dictated by the connection that band could have, and each working wonders to showcase just how apt Barús are.

Written on 06.01.2022 by
RaduP
Doesn't matter that much to me if you agree with me, as long as you checked the album out.
More reviews by RaduP ››