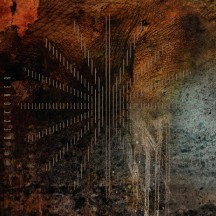 
And thus 2022 began with an album more than a decade in the making.

The story of Trenches is a pretty dreary one. Formed after vocalist Jimmy Ryan's departure from melodic metalcore outfit Haste The Day back in 2007, Trenches shifted their sound towards more of an Isis-esque atmospheric sludge with their debut, 2008's The Tide Will Swallow Us Whole. That was really well received, but it didn't quite become an instant classic, so much so that after the band started working on their upcoming album, they decided to take a break between 2010 and 2012, and then started a kick-starter campaign to finance their upcoming album. That failed. But they persevered. I could find the earliest announcement for Reckoner's release for back in September 2020. Things seemingly didn't go as planned. But now, fully baptized as a 2022 album, Reckoner actually arrived, on the 1st of January, more than 13 years after The Tide.

Even though most bands (*cough* Vildhjarta *cough*) would make up for their absence by releasing a huge chunk of material in one album, Trenches only made Reckoner a lean 36 minutes, just enough to get the point across without overstaying its welcome. I reckon that Reckoner could have probably had more material, but the band decided to stick with the very best (or maybe they didn't have the budget to record but the very best), but in any case, the result is that it shows the band constantly at their peak. And as far as the music goes, Reckoner keeps The Tide's atmospheric sludge sound, but increases the metalcore component compared to its predecessor. You can feel bits and pieces of alt metal (see "Lenticular Clouds", "Empires"), post-metal (see "The Death Of All Mammoths" and "Reckoner"), post-hardcore (see "Horizons").

The album doesn't really waste too much time on a song, and even if post-metal and atmospheric sludge usually work really well in the long form, the longest song on Reckoner is barely under six minutes, with five songs being under three minutes and two of them under two. And neither of them interludes. Instead, the shorter songs run best as bursts of hardcore aggression mixed with the punch of sludge. The riffs come, punch, stay as long as they need to stay, and go, so there's no song that feels overtly underdeveloped. And as great as it all comes together, it's Jimmy Ryan's vocal performance that still sounds so surprisingly good after so long, and his and Joel Lauver's vocals mix so well both in the massive yells and in the cleans that border on alt rock. But I can't not give a shoutout to how punchy the bass is in "Empires".

Written on 06.01.2022 by
RaduP
Doesn't matter that much to me if you agree with me, as long as you checked the album out.
More reviews by RaduP ››