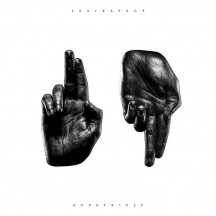 
Devil Is Fine was the blueprint for the Zeal & Ardor sound, and Stranger Fruit was the realization of that sound. Zeal & Ardor is the critical next evolution.

Plenty of people have heard the origin of Zeal & Ardor by now: Manuel Gagneux asked 4chan to suggest two genres of music to combine, and following a thoroughly un-PC response, he started writing mash-ups of black metal and African-American spirituals, a music from an alternate timeline in which slaves in America embraced Satan instead of Jesus. The project’s debut album Devil Is Fine quickly became a sensation, a bitesized, flawed yet exhilarating demonstration of the possibilities of this entirely new sound. Stranger Fruit followed, stretching the concept over a more regular album length; it was similarly successful, but did also see the elements heard on the debut condensed into a frequently-employed song template: spiritual sing-along soft opening, shift into some tremolo/blast beats/screams, and then repeat. It was a template that worked, and there’s plenty of successful bands that have made a career out of releasing songs that all sound the same, but it did feel like Zeal & Ardor would need to find a way to branch out on subsequent records to avoid going down as a gimmick band. Based on Zeal & Ardor, I think it's safe to say they know what that way is.

There are songs on the new album that sound just like what you would expect to hear if you were familiar with their past work; “Death To The Holy” and “Feed The Machine” generally follow the Zeal & Ardor template, albeit with an added industrial tinge (industrial music seems to have generally been an influence on the album, with the electronic self-titled introductory track having similar vibes). However, while many songs incorporate the core tenets of the band, there’s more versatility and diversity in the manner that they are implemented. At one end of the spectrum, there’s the likes of “Golden Liar” and “Bow”, which put metal on the backburner in favour of a pop-influenced soul sound while still maintaining that sinister aura. On the flip side, “Church Burns” has the expected soul/metal back-and-forth, but with a blunter, heavier metal sound in place of blackened riffing.

Beyond those songs, Gagneux flexed out both stylistically and compositionally. First, there’s the songs that still have a connection to black metal, but one of its many offshoots. “Emersion”, after its hip-hop/electronic introduction, leaps into blackgaze/post-rock, taking Zeal & Ardor to previously uncharted tones of euphoria, while “Hold Your Head Low” alternates blues rock with legitimately evocative meloblack riffing. More than that, though, it’s misleading to say that black metal is a central component of Zeal & Ardor anymore; really, it’s just ‘metal’. “Run” takes more from alternative metal in its bass-driven grooves, while “I Caught You” goes all-in on the huge, hooky alt-metal riffs. “Erase” just throws everything into the mix, with alt grooves alongside math-y breakdowns and ‘panic siren’ guitars in a chaotic coalition of sounds, while “Götterdämmerung” rides beefy chugs for most of its duration. The soul/blues elements vary in how they creep into these tracks, whether they appear as a standalone segment at some point or in a more synergistic manner.

So, industrial and alternative metal are the vessels of evolution for Zeal & Ardor, but does it work out well for them? Yep, pretty much. It’s perhaps not as infectious throughout as Stranger Fruit, as I’m not sure there’s another “Built Of Ashes”/”Children’s Summon”-esque standout cut here (although “Hold Your Head Low” is the one that gets closest for me), but Gagneux knows how to write some fun hooks and throwdowns. Furthermore, Zeal & Ardor is the most fluid album of the three released by the project so far in terms of integrating the metal and non-metal sounds; compared with the relative disconnect between the ‘main’ songs and the electronic “Sacrilegium” interludes on Devil Is Fine, Zeal & Ardor flow seamlessly between metal and the various sounds coming from blues, RnB, pop, hip-hop, electronica and soul. Gagneux’s always exhibited the confidence to go wherever he wants, regardless of genre, but it feels like he has the clearest idea of how to bring everything together on this new album.

I’ve moaned before about mid-career self-titled albums, and I’m not sure Zeal & Ardor is going to be career-defining, but it does provide solid evidence that Zeal & Ardor have the vision and ambition to rise beyond any pigeonholing as a novelty act and ultimately endure long-term.

Written on 13.02.2022 by
musclassia
Hey chief let's talk why not
More reviews by musclassia ››