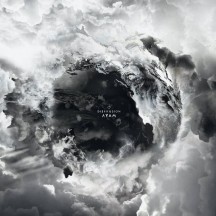 
Disillusion dropped their previous album one week after Fear Inoculum, following a gap in releases almost as long as Tool’s infamous hiatus. Thankfully, it’s been a much shorter wait to hear what they had in store for us next.

The Liberation was released during a peculiar glut of prog bands returning after long absences, but even with such solid competition, it was arguably the pick of that bunch. On the one hand, given Disillusion’s track record up to that point (including the epic debut record Back To The Times Of Splendor and the fantastic comeback single “Alea”), there shouldn’t have been any doubt over its expected quality; at the same time, with so little music from the band up to that point to go by, it was hard to know what to expect. Still, having had 3 years during which to savour The Liberation, listeners should have a clearer vision of what to look forward to with Ayam, which is a good thing, as it should leave them fully prepared to be blown away by this fantastic new offering.

Disillusion were at their strongest on The Liberation during the record’s longer songs, and Ayam provides further evidence of this knack at writing longer songs, as the album’s two tracks that break the 10-minute barrier are also arguably its standout cuts. The first of these, “Am Abgrund”, opens off the album in style; gradually building in volume and grandeur for the first couple of minutes, it then shifts gears, with drummer Martin Schulz (making his first appearance on a Disillusion record) pounding and blasting away. While bandleader Andy Schmidt brings out his more aggressive vocal style during the verses, the aforementioned blasts are combined with a far more majestic blend of clean vocal harmonies and trumpets in the chorus. From there, the song traverses multiple solos (something that feels like more of a prominent feature this time around), ominous chanting, cleaner atmospheric phases and more; it’s a bold, sprawling journey of an opening track that makes it immediately clear that Disillusion are not messing around here.

Similarly expansive is “Abide The Storm”, which once more exhibits Disillusion’s winning combination of muscular, aggression-tinged metal alongside deliciously evocative melody; the trumpets/horns (performed by guest Birgit Horn) are even more prominent on this track, working in tandem with lush acoustic guitars during the track’s midsection. The classic prog rock influences come through very clear in the latter half of this song, and the interplay between the vocals and guitars during these minutes is perhaps my favourite passage on the whole album; as much as Disillusion have had extreme metal tendencies since their inception, “Abide The Storm” really shows how much of their strengths lie in the more melodic end of the prog spectrum.

Now, the long songs are great as expected; where I feel Ayam has the edge on The Liberation is in the remainder of the tracklist. I liked the 3 mid-length songs on the previous record, but have had varying quibbles with each of them; in contrast, Ayam is an album that is consistently rewarding pretty much throughout. “Tormento” harkens back to both of the 2000s records with its bursts of intensity and dramatic vocals, but also looks forward during its tech-metal detour, while “From The Embers” features fierce interjections throughout an otherwise gloriously serene journey. Most of the other tracks really revel in the cleaner side of Disillusion, with plenty of acoustic guitar in “Driftwood”, “Nine Days” and “The Brook”; however, each song is richly dynamic and backs up the promising atmosphere with impactful hooks and climactic moments.

It's really hard to find much to fault about Ayam; there’s a couple of moments in some of the guitar solos that feel slightly off to me, but despite those snippets I would still say that each solos makes a positive contribution. Outside of that, this is a really rich, emotionally resonant, masterfully crafted album that marks an advancement from the already hugely impressive The Liberation; I prefer the ending of that album, as I don’t think “The Brook” has that sense of immense finality that “The Mountain” offered, but otherwise this is a clear step forward in my eyes. Disillusion have long held cult status thanks to the special place Back To The Times Of Splendor found in many hearts, but their comeback to date has shown them to be a band that has no need to rely on past accomplishments to justify their reputation, as they are excelling in their current form.

Written on 02.11.2022 by
musclassia
Hey chief let's talk why not
More reviews by musclassia ››