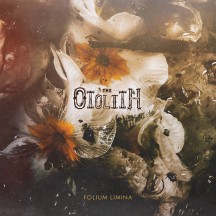 
If you’ve spent the last few years mourning the break-up of SubRosa, then it’s time to rejoice, as a spiritual successor has emerged in the form of The Otolith.

Salt Lake City’s SubRosa captured many a heart during the 2010s with their unique take on doom: sludgy, eerie, ethereal and string-laden. The group disbanded in 2019, but only a year later, 2 offshoots appeared on the Women Of Doom compilation from Blues Funeral Recordings: The Keening, featuring former vocalist/guitarist and SubRosa founding member Rebecca Vernon, and The Otolith. Considering The Otolith feature four of the five individuals that appeared on SubRosa’s final album (For This We Fought The Battle Of Ages), one can only assume that they deemed it inappropriate to carry on under that name without a key founding member, as otherwise this is effectively SubRosa under another name. That applies in terms of the constituent band members, but also in terms of the musical style.

Folium Limina, at 6 songs and 63 minutes long, follows right in the footsteps of the ‘6 very long songs’ template of the last 2 SubRosa records, with no track below 9 minutes. These songs are predominantly on the slow side; they’re not exclusively plodding, as there are some more up-tempo and driven riffs to be heard, but there’s no sections that will really raise the heart rate. The appeal of this album lies in the dense, weighty force of those slow sludgy doom riffs, as well as the contrast between these thick guitars and the light tones of the violins. Despite the more delicate tone of the violins, they don’t opt for melancholy or maudlin; the strings offer a disquieting element courtesy of the unorthodox, sinister nature of the melodies they do deliver. Above all this are the eerie clean sung vocals of Sarah Pendleton, although this time, harsh vocals are also introduced in certain key moments (performed by Levi Hanna).

Still, while Folium Limina very much keeps in line with the SubRosa tradition, there is variety to be found on the record. Those harsh vocals are first heard at the beginning of “Andromeda’s Wing”, and the accompanying sludgy riffs remind me of another female-fronted disbanded sludge band, Kylesa. This album offers plenty of contrast, and none is as extreme as the jump from this intro to the midsection of the same song, during which guitars disappear entirely and clean vocals harmonies float along to a backdrop of pizzicato violin. There is a post-rock/post-metal sensibility to the album in a number of places, and the track that perhaps emphasizes this the most is closer “Dispirit”, whose gradual, prolonged progression from cleaner tones to an emphatic breakout of sound has me thinking of ‘cinematic’ post-rock acts such as Bruit ≤.

Although this is a debut, there’s clear pedigree as far as the members of The Otolith is concerned, and the album generally lives up to the hype, particularly if one is approaching it hoping for them to pick up where SubRosa left off; in addition to the musical similarities, The Otolith bring the quality here that one would have hoped for, with the likes of “Ekpyrotic” and “Hubris” delivering plenty of ominous atmosphere and crushing heaviness. As a whole, this is a very satisfying listen; the one notable gripe that I have has to do with the song “Bone Dust”. The latter third features Charlie Chaplin’s legendary speech from The Great Dictator sampled in full against a chugging, intensifying backdrop; as much as it is a great speech, it’s also one that has been used extensively in various media due to its iconic status, and just plonking the entire speech on top of a decent but unspectacular musical segment feels like a lazy and tacky move to me.

Still, I imagine most fans of SubRosa will gladly overlook one misstep and embrace this rebirth. The prior incarnation of this group of musicians was one of the most noteworthy doom acts of the past decade, and hearing more material in the same vein in this decade is very much a treat to be savoured.

Written on 12.11.2022 by
musclassia
Hey chief let's talk why not
More reviews by musclassia ››