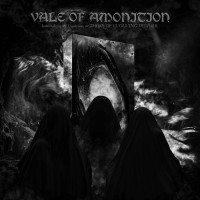 
01. Where They Gathered And Suffered
02. Sons Of The Moribund
03. My Firstborn Will Surely Be Blind
04. Drink The Poetry Of The African Wretch
05. Terminus
06. At Evolution's End


It's always heartwarming to me when a band from a nation you'd least expect releases a quality album. Such is the case here with Vale Of Amonition's Immortalizing The Lugubrious, Or Those Of Evolving Despair. Originating from the unlikely nation of Uganda is this promising progressive doom act going by the moniker Vale Of Amonition. Here this band introduces us to their third release Immortalizing The Lugubrious, Or Those Of Evolving Despair, a bit of a mouthful for an album title I must admit.

This band's approach very much seems to be along the lines of traditional doom, much within the realms of the great Candlemass and Pentagram I would say, so a style fans of the old school doom way will likely appreciate. However, there are clear indications that this band go beyond that, as there are certainly some extreme elements thrown in. The album is typically structured with a slow-to-mid-tempo crushing riff style, with a classic heavy doom tone, which works so effectively alongside the haunting vocals of Victor Rosewrath. Although it's clear that the clean vocals dominate, there are harsh vocals present throughout too; you will hear these vocal styles alternating, balancing out the extreme doom approach with the traditional approach.

On the opening track you will be met by a straight-forward, heavy catchy riff with a traditional melodic structure, but then harsh vocals kick in and the tempo and heaviness suddenly erupts into something more extreme, only then for the clean vocals to appear, and suddenly the tempo shifts back to traditional mode in seconds. You will then be met with an impressive solo; all this happens whilst the bass and drumming work together in perfect sync. So the opening track is clearly well balanced out, but the form very much continues along the same lines, throughout each track the tempo constantly changes, hence the progressive genre tag, the style goes from extreme to traditional, and the balance and flow is never disrupted by any complexity.

Ok, this album isn't going to blow your mind exactly, but a solid progressive doom metal release it certainly is, and a band with potential these Ugandan doomers certainly are.