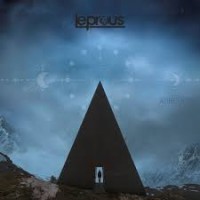 
Gonna put it up front, "Nighttime Disguise" is just about the only song that piqued my interest.

I refused to excitedly jump into a new Leprous album since the release of Malina. Been a fan of theirs since the debut Tall Poppy Syndrome; through a bunch of records, they established themselves as a force in progressive metal who are unafraid to mix gloom with insanity in the rhythm section, and with unusual tones and soaring vocal melodies, often keyboards, vocals and guitars working together to create a tasty atmosphere. Since Malina, more and more listeners had the image that the songwriting has been taken over by lead singer Einar Solberg, even though the entire band keeps reinforcing that the writing process is shared and not a one-man effort - and yet, with the vocals becoming ever more prominent with each record, it's probably not wrong to assume he's at least the captain at the helm.

They are very capable of making good music. Everybody is very talented in this group and they never let any weaker moment through, neither in studio nor live. The songs are still very much performance-driven, no part is substituted with production. Einar's vocals are as great as ever, the guitarwork is measured but impactful, Simen and Baard are working great together in the rhythm section. The production is top-notch, nothing to criticise there. And yet the music is just... enjoyable. It's good. And there is nothing wrong with that...

But I don't get... suspense. There are no moments of awe. Experimentation is only present in trace amounts. No big surprises anymore. Also, this is less metal than some we call rock around here. When Oystein left, he took almost every guitar solo with him. Every time a song finishes, there is an awful lack of temptation to revisit it any further. Baard is barely "let loose" on the drums, if at all. The grooves are very stripped down, and the melodies are very measured. It's never overwhelming, never aggressive, never disorienting, wild, flamboyant... it is pretty, but safe. It's like Pink Floyd without Roger Waters, or Queen without Freddie Mercury.

Leprous are very prolific, making a record every 2 years and also extensively touring with every album cycle, becoming a solid-and-sad, sometimes-uplifting radio rock band now. I probably even prefer this as a peripheral listen, only in the background, instead of today's pop music. It's all very much worthy of applause... they've just established a completely different set of musical qualities in my head in the beginning, and I refuse to let go of them for the sake of... well mediocrity is not the word, they are better than that. It's good. And there is nothing wrong with that...

But my expectations are still very different when I see the Leprous name on a record than what ended up being the final product here. It's good, but I'm still disappointed.