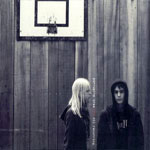 
Some months after the release date of the fantastic "Fear Of A Blank Planet", Steven Wilson and his band is back with a new original EP released by Peaceville Records, "Nil Recurring". This EP only features four songs but with approximately thirty minutes of music, this is obviously a must for all the people who like Porcupine Tree. Don't worry, this EP follows the road of their previous full length album so if you're still into dark melancholic progressive Rock/Metal, be sure that you'll check "Nil Recurring"!

Four songs including one instrumental, that's a bit short don't you think? Well I'm not saying that this album is useless or anything, at the opposite I'm wining because I just want more! That's the force of Steven Wilson, each new release written by this man is full of hits and super touching compositions and an EP that's not enough for the fans… Though even if "Nil Recurring" is composed of four tracks, this is a long release with more or less thirty minutes of music and the four songs all have the Porcupine Tree's touch! Groovy as hell (with a bass in front of all the compositions) but of course dark and also atmospheric, this EP is composed of all what we want to hear when we listen to Porcupine Tree. This is complex and deep with great lyrics, as always, and one more time the last compositions of Steven Wilson are long with a lot of different passages, acoustic (the end of "Normal" is just wonderful), heavy, melancholic but still really catchy. Steven Wilson is a great compositor, he just knows how to write complex dark songs which are in the end superb and that you'll sing for ever in your head.

This EP is a super piece of work. Sure the songs are good but the booklet and its artwork is fantastic and I love the classy crystal boxes that Peaceville uses to release all their new albums. With a wonderful production (yes, don't forget that Steven Wilson is also one of the best Metal producers nowadays) with great ambiances and with a perfect interpretation of all the song, this EP is more than an EP… I mean that even if we only have four songs, and despite the fact that "Normal" uses the choruses of "Sentimental" (featured on "Fear Of A Blank Planet"), we can talk about a real new release here. This is not some kind of promotional album with only average unreleased songs…

If you like Porcupine Tree and its last album, "Nil Recurring" is a must. Touching and beautiful, this release is one more time a proof of the really high quality of the British combo. I don't know what to add now actually, I just hope that you'll find the way to listen to the whole discography of the band and that you'll see them live as soon as possible. Porcupine Tree is a major Rock/Metal band, a must for all the fans of Progressive and Dark music.