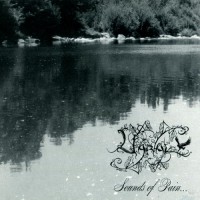 
After nine years as a band, Uaral released their debut album Sounds of Pain in 2005. Upon my first listening of this album, I was pleasantly surprised. Up until a few days ago I had never heard of them before, and after listening to this album I'm quite upset that I didn't listen to them sooner. Unfortunately, there isn't a lot of information on this band, and even their Myspace is void of anything resembling a biography and their website is completely useless. All I can tell you is Uaral is a duo, with Aciago playing all instruments and Caudal performing the vocals.

The album starts off with the intro track "Lost", comprised of ambient rainfall, an occasional horn, and the piercing wail of Caudal. However, the sound completely changes once "Surrendered to the Decadence" begins. The song is entirely acoustic, with acoustic guitar and what sounds like a flute or some other type of woodwind instrument. Additionally, the vocals in these parts are all sung in ways similar to Ulver's Bergtatt. There are many moments in the album the sound like this; beautiful folk pieces idolizing the natural realm of life. Within these soundscapes, Uaral sounds a lot like Empyrium without actually coming off as a copycat.

Uaral also manages to break from straight folk pieces, and instead juxtaposes piano, organ, and acoustic guitar parts with double bass, electric guitar, and the throatier vocals from Caudal. At times, Caudal breaks down into nearly sobbing screams and laments in the midst of both heavier and more acoustic parts, which really gives Sounds of Pain dual feelings. At one moment the listener is stunned by the lovely acoustic songs and then is suddenly swept away in torment by the mastery of Aciago's playing and Caudal's tormented voice. These moods are very reminiscent of Pantheist's Amartia, which is a great work of music to be similar to. These changes don't happen on just a song by song basis either. On the title track, the mood of the song changes several times, which is a theme recurrent throughout the entire album. The constant mixture of feeling on this album, from bliss to melancholy, is quite immersive.

The musicianship is especially impressive considering every instrument is performed by Aciago. However, it is easy to tell that drumming is not his specialty, as it is only competent and nothing more. Additionally, Caudal's vocals are sometimes taken a bit too far regarding their tortured texture, which makes them sound a little ridiculous at times.

Overall though, Sounds of Pain is one of those albums that you have to sit back and listen to with no outside distractions in order to fully grasp the true value of the music, and to become fully immersed in the worlds which it creates and the many surprises it holds.