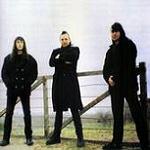 According to Almafuerte vocalist Ricardo Iorio and guitarist Claudio Marciello's Facebook posts Almafuerte drummer Adrian Toribio Valencia, also known by his pseudonym Big Valencia, has passed away. He was the band's drummer since 2001 up until the band's breakup in 2016.