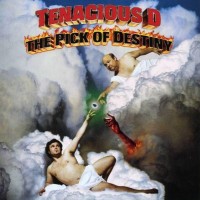 You've disobeyed my orders, son, why were you ever born?
Your brother's ten times better than you, Jesus loves him more
This music that you play for us comes from the depths of hell
Rock and roll's The Devil's work, he wants you to rebel
You'll become a mindless puppet, Beelzebub will pull the strings
Your heart will lose direction and chaos it will bring
You'd better shut your mouth, better watch your tone
You're grounded for a week with no telephone
Don't let me here you cry, don't let me hear you moan
You gotta praise The Lord when you're in my home 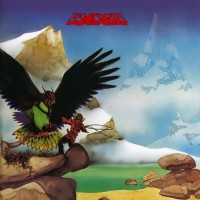 Budgie's Burke Shelley died this week, which prompted some re-evaluation of their catalogue from my side. The Welsh band are probably most well known for Shelley's androgynous vocals, and for being covered by Metallica (this picked album containing "Breadfan", the most well-known case). But Budgie, while still sitting between the hard rock and heavy metal borders from the early 70s, were pretty much the original power trio, with Shelley being as creative of a bass player as he was a distinguishable vocalist. While drummer Ray Phillips and guitarist Tony Bourge deserve just as many accolades, Shelley's star power is undeniable here. And Never Turn Your Back On A Friend is pretty much their peak, equal parts prog tinged and thunderous, introspective and loud. 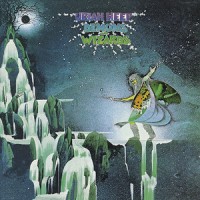 This sweet album is 50 years old. It inspired several generations of musicians and it is still one of the best progressive rock releases of all time. Compared to the more famous 70s powerhouse bands, Uriah Heep are likely the most influential band you have hardly known anything about until now, and it is time to remedy that.

So whether you are a traveler in time, a wizard, or a simple rainbow demon, do yourself a favor and discover or revisit this classic album as your civic duty for 2022. 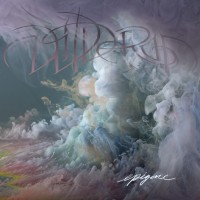 A lot of bands fancy themselves as cinematic or epic, but very few bands manage to mirror the actual experience of a story. Wilderun so effortlessly drag you along for the ride, and Epigone rewards every bit of patience you give it. 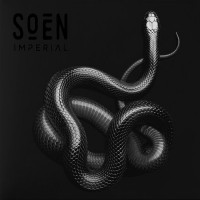 So, the year 2021 is over, welcome 2022. The first album I listened in the new year is the one that got the most plays from me during the previous one. Soen found their own sound with Lykaia, they improved it with Lotus, and with Imperial they created what I consider to be the perfect album. Superb musicianship, astonishing melodies, bass, drums, guitars in faultless sync, and vocal hooks for days. Imperial has been a constant companion for me since it came out, and it is one of these albums that make me happy that music exists.

I will be delighted if I find something as satisfying as this in 2022. 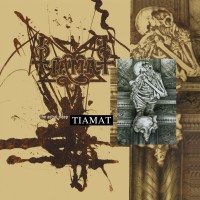 Here's a good New Year's resolution for you: listen to what the angels are whispering from far beyond, because they mean well with you. They want you to remember and rediscover an almost forgotten treasure, created long ago by an Ancient Entity. For thirty years, this dark and hidden gem framed by black, death and doom metal, has lain dormant, slumbering deep inside the Mountain Of Doom. But now it's time for you to heed the Sumerian Cry and to embark on The Southernmost Voyage, towards a Neo Aeon. Lady Temptress and her Dead Boys' Choir are already eagerly awaiting you there. 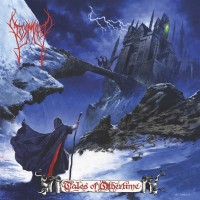 From dungeon crawl to alpine odyssey, from cave quest to fortress siege, from forest foray to blizzard-beaten battlefield, Stormkeep's debut serves as the perfect soundtrack to any adventure that can be measured with a dice roll or described while wearing a wizard hat. Though a colossal melodic black metal base defines Tales Of Othertime, the diversity of flavors is enough to put to shame any other of the millions of Tolkien-infused, medieval-themed black metal albums flooding the market. The synth passages are tastefully placed and artfully constructed, and for once, we've got an album that spends as much time with the dragons as with the dungeons: power metal from Blind Guardian to Bal-Sagoth echoes through the majestic choruses, and the riffing is catchy enough to allay your Dissection withdrawal for a time. Like a tale out of time from an ancient, forgotten tome, Tales Of Othertime is filled with magic - and it's been a long time since black metal last felt so powerful. 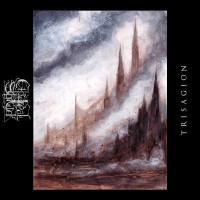 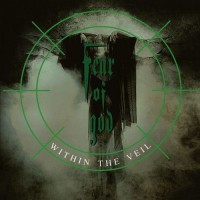 The 30th anniversary of this masterpiece was in March. I chose this day in particular as a way to remember the two years that have passed since our dear friend and metalstormer Marcel left us.

As Marcel would’ve point out to all of you: Fear Of God’s debut is one of the most overlooked jewels in thrash metal. It is dark. It is brooding. It is soaked in gothic misery. No thrash album has sounded this harrowing before or since. This is mostly due to Dawn Crosby’s unique persona. Her cries are filled with unshakeable anguish yet at times are most beautiful and delicate. Her tragic fate looms over Within The Veil but the music remains so infectious that you will revisit it again and again.

Yesterday is dead and gone
Tomorrow is out of sight 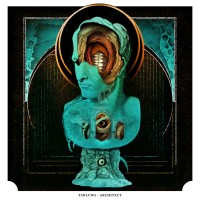 Somewhere in a Ven diagram of Stoner, Doom and Sludge metal, slightly to the Sludge side of the middle sits TarLung. Architect consists of a bunch of Slowbangers - those midpaced riffs that when banging yer cabeza along with seems like either you're enjoying some quality metal or fighting off sleep. Only nothing about this album inspires sleep. TarLung batter you with riff after riff, pounded beat after pounded beat and growl after TarLung-ed growl. If you enjoy any of the styles above, giving this album a pass would be Unthinkable. (That's a BandCamp link for those who haven't figured me out yet. Click it already.) 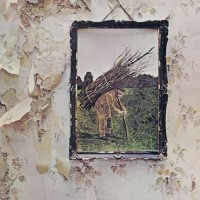 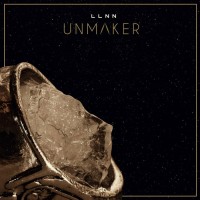 Many metal albums are described as 'crushing'; few deserve it as much as LLNN. Unmaker will sonically unmake the fabric of your existence. 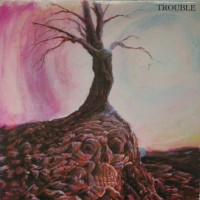 I could have staff-picked anything from the first five Trouble albums following today's tragic news of Eric Wagner's passing. Psalm 9 and The Skull were essential for the evolution of U.S. doom metal, possessing a sound that is still being - or trying to be - replicated. When the band decided to add more heavy rock and classic rock in their formula with the self-titled in 1990 or with the Beatles-loving Manic Frustration that followed, Trouble still were one of the coolest doom bands around. Their debut though remains unsurpassable to me and it is one of the most defining albums in the history of the genre. Wagner's unique voice had so much to do with it; this was a man who was singing and you could immediately tell who it was behind the mic. He could be menacing, emotional, and hard rocking with the same ease and simply sounded like no other.

Doom metal is so much poorer today. Rest in peace, Eric. I hope you are floating in strawberry skies. 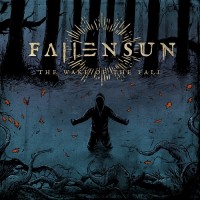 Fallensun is a Canadian duo by Axis Disrupt's Taylor Pottle and James Coyle, and The Wake Of The Fall is a wonderful debut filled with melodic death metal that wears a thick black cape to face the winter and the storming winds. Fans of Insomnium, Be'lakor, Eternal Storm, and Opeth should take notice. The music is as cold and blue as the cover art suggests; emotional acoustic passages and string instruments blend with aggressive blastbeats, soulful solos and melodic leads soar over prog-like drumming, and blackened tremolo picking antagonizes chugging and devastating riffs. Incorporating a number of guitar and vocal approaches and tones, the album is bookended by two beautiful instrumentals and features four compelling compositions in between, with the second half of "The Language, Death, Eternal" boasting some of the most compelling music of the year regardless of genre. And clocking in at under 35 minutes, you will find yourself wondering why this album is over so soon every time you play it. 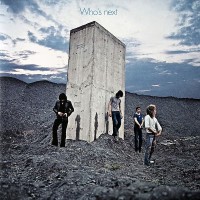