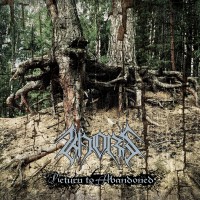 Additional info
There is also a Russian CD edition released by Irond Records with different artwork and titles in Russian.