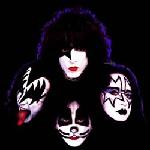 Almost a full decade has passed since KISS released their most recent album Monster. However, frontman and guitarist Paul Stanley has stated that the band, who is currently in the middle of their final world tour, does not see the need to release a new album. These comments follow-up on Stanley's claim from last March, when he said that he would not rule out the possibility of new material from KISS.

Stanley explained the following during a question-and-answer session on this year's Kiss Kruise: "Why would we need a new KISS album? Any big classic band with a history, you go, 'Oh, put out a new album.' You know, if The [Rolling] Stones put out a new album, you go, 'Oh, that's great. Play "Brown Sugar".' … Yeah, maybe not now...But the same is true for us. You can have great songs on the more recent albums, but people then go, 'Great. Play "Love Gun".' The reality is you really love the old songs, and nobody is going to embrace new material, no matter how good it is, like you do the past, because those songs are part . those are like snapshots from your past, and you're connected to them in a way new material never could be," he explained. We're happy going out and playing. That's where we live; that's our turf, is the stage."