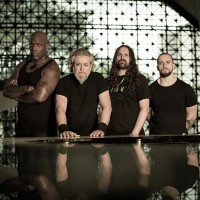 Sepultura frontman Derrick Green was interviewed last Saturday (July 2nd) by the 'Pollution Nocturne' radio show conducted at this year's Plane'r Fest in Rhône-Alpes, France, confirming that they will likely enter the studio next year to start making the follow-up to 2020's Quadra.

Green said: "It's really difficult to say what we'll do for the next album because we're just starting to tour for this album. So there's quite a bit of touring we need to do this year, till the end of the year, and then next year as well before we even start to think about going in the studio again. So I think our focus is really based on touring right now for Quadra."